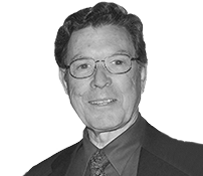 Throughout his 40-plus years in the propane industry, Elbert “Al” Linder has been an influential leader in establishing the safety and technological standards enforced today.

His work with safety, however, is the cornerstone of his career.

When asked about his impressive and influential work in the industry, Linder simply says, “It has been a challenging time, but it has been rewarding.”
Today, Linder’s work impacts the entire United States, but he had humble beginnings to the propane industry.

After graduating from high school in his native state of California, Linder sought a job in a challenging career field, one that also offered a growth opportunity. Linder started in sales and service for Suburban Cos. in California before moving into installation of motor fuel systems and eventually becoming plant manager.

After almost a decade of working in the industry, Linder was transferred to Portland, Oregon, to work as an assistant to the regional manager, aiding around 45 retail operations. In this role, Linder noticed that the evolving methods of transportation and storage were going to be important moving forward.

“I got involved in a lot of upgrading of storage facilities,” Linder says. “I found there had to be a better way of designing LP gas bulk plants than what had been going on in the past.”

Williams Energy purchased Suburban Cos., and Linder, working in Tulsa, Oklahoma at the time, was promoted to director of technical services in 1973.
Later in that same year, the fatal Kingman, Arizona, railroad tank car explosion occurred, pushing Linder down a path to making bulk plant design and transportation safer around the country.

“After quite a bit of investigation and research into what really did happen, I determined that it should never happen again,” says Linder.

Linder began to develop concepts for plant design, taking a personal responsibility to make plant safety a priority. Some of the improvements Linder made include emergency shutoff valves and pull-away protection, efficiently monitored by pneumatic control systems.

Later in his career, Linder became an active member in the National Propane Gas Association’s (NPGA) Technology and Standards Committee, eventually serving as its chairman. He also served as the market representative for the NFPA Technical Committee on Liquefied Petroleum Gases.

“I think bulk plant design is the most important work that I did,” Linder says. “All plants in the United States had to meet some of these modifications [made by NFPA 58] that were required, and there is no question in my mind that those saved lives.”

Linder has received praise for his work in making the industry safer. The Western Propane Gas Association honored him with its Distinguished Service Award in 2008 and NPGA honored him a year later with its Safety Award.

Near the end of his career, Linder became the vice president of retail operations at Coast Gas in California and later its director of technical services. After retiring from propane company roles, Linder became the chairman of the NFPA Technical Committee on Liquefied Petroleum Gases.

The propane industry has offered a variety of challenges, something for which Linder was searching when he joined it in 1953. Overall, Linder says, he most enjoyed the people with whom he worked and those with whom he served on various committees.

“I just have been blessed to have worked with some good people and employers,” Linder says. “I am just very appreciative of the people who employed me.”