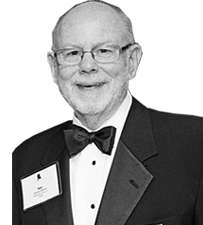 Dan Myers was a young man from small-town Kansas with a love of history and government when he set out for Washington, D.C., in the summer of 1963.

Relying on his college education and years of communication with a local congressman, Myers sought a career in government services or lobbying. But he didn’t have a job. For his desired line of work, Myers figured the nation’s capital was simply the place to be.

“I was naive enough to think I could breeze into town and get a job right away,” Myers says. “It didn’t quite happen that way.”

Myers arrived in town on Aug. 28, the same day that Martin Luther King Jr. gave his “I Have a Dream” speech. He was there in November when John F. Kennedy was assassinated. And while he had relocated to a city rich in history, the 2014 LP Gas Hall of Fame inductee wasn’t destined for government just yet.

“Quite frankly I thought I would be a Washingtonian, one of those perennial lobbyists or hangers-on who drinks three martinis a day and hangs out at bars and buttonholes congressmen,” Myers says.

Instead, he became a shipping clerk, served four years in the Army, graduated from law school and worked for a food labeling consulting firm and an association representing accounting professionals, all before launching a longstanding career in the propane industry.

“As it happened, NLPGA came along,” Myers says. “It was a good job. I thought this is a good career path, representing an industry in Washington, lobbying, handling regulatory and legislative affairs. I enjoyed that a great deal.”

Kreutzer retired in 1979, and Myers was promoted to vice president of government relations and general counsel. He held that position until becoming the association’s fifth CEO, replacing Jack Capps and holding the title of executive vice president and general manager, in 1989. Myers directed the association for 13 years before relinquishing the post to Rick Roldan, current president and CEO of NPGA, in 2002 and retiring one year later.

“He’s the kind of person you would want to have as a friend,” says Roldan, who first worked with Myers in the 1990s on the old Propane Vehicle Council. “He was cheerful in intense situations and solid and supportive. There’s nothing more one can ask for when you work for somebody than to have that person be fair and supportive. Dan was both.”

One of Myers’ first major tasks early in his career was to write a white paper on propane industry decontrol. The government had implemented propane price and allocation controls in the early 1970s amid soaring prices and supply constraints related to the 1973 oil embargo, and Myers’ paper outlined reasons supporting decontrol.

“This was an outstanding thing for me as a young staff person given that assignment,” Myers says. “It allowed me to learn from the ground up about the industry, things that had been going on for decades.”

NLPGA took the paper into government meetings in its push for decontrol.

“I’d like to think it had a salutary effect because one of the first things [President Ronald] Reagan did when he came into office in ’81 was decontrol the propane industry,” says Myers, who worked closely with former association leaders Charles Sawyer, Bill Hill and Kreutzer on drafting and publishing the paper in 1978.

Myers often worked with the Department of Transportation on industry issues. In the late 1970s and early 1980s, the industry faced a high number of train derailments, which ultimately led to changes in railcar design. Myers drafted a Good Samaritan law in the 1980s that would protect propane marketers who were called upon to help offload product from wrecked railcars. He says the NLPGA-endorsed law was adopted throughout much of the country.

“I always remember Dan for contributing to the safety record this industry has built,” Roldan says.

Myers was also a key figure in the industry’s battle against the Consumer Product Safety Commission (CPSC), which in the 1970s had targeted unvented gas-fired space heaters for investigation. Fires and carbon monoxide poisonings drew the government’s attention. Myers helped lead a successful charge against a proposed ban on the heaters, instead requiring the appliances to contain an oxygen depletion sensor. This addressed safety concerns and protected propane retailers, especially those in the South, who relied heavily on heater sales.

Related to the industry’s activity with the CPSC was a push in the 1980s for propane retailers to inspect residential customer appliances with gas controls to seek out and replace malfunctioning and recalled controls. This ultimately led to the industry’s voluntary gas system and appliance inspection procedure called GAS Check. Capps, NLPGA’s former CEO, tabbed Myers to serve as staff on the project.

Myers’ role changed when he became CEO in 1989 – one year after NLPGA changed its name to the National Propane Gas Association (NPGA) – and he moved from Washington, D.C., to its headquarters in Lisle, Ill. Instead of focusing on specific legislative and regulatory issues, Myers’ concerns shifted to the overall management of the association, including individual memberships and relationships with state associations.

“What you try to do is foster creativity and ideas among the volunteers,” Myers says. “We had a board of 155 members; our executive committee was 15 members. These were all bright businessmen, leaders in their communities and in the industry. They have a lot of ideas, and our job is to make sure those ideas are brought forth and we facilitate their acting upon them.”

One of those ideas came from former Squibb Taylor president Milford Therrell, who championed the creation of a check-off program that would levy an assessment on propane retailers and generate millions of dollars for industry programs. Myers, early in his tenure as CEO when the push began, was skeptical at first.

“He convinced me we could do it,” says Myers, who oversaw the process that ultimately led to the formation of the Propane Education & Research Council (PERC). He also organized PERC’s initial meetings after Congress in 1996 authorized the industry to conduct a referendum, which it passed overwhelmingly.

“We worked hard to get PERC passed into law,” says Bruce Swiecicki, senior technical adviser of regulatory and technical services for NPGA. “Dan knew and prepared the staff for the fact that, historically speaking, when a check-off program goes into effect it has a drastic effect on the association staff. He certainly was preparing us for an eventual decline in some of the duties we were used to. The marketing arm, the safety and training arm, were both absorbed into PERC.”

Myers set a great example for employees to follow, being the first one into the office and the last to leave, says Swiecicki, who was hired initially as the association’s vice president of technical services. Swiecicki also recalls Myers being at the forefront of technology.

“He deeply cared about the people of this industry,” adds Randy Doyle, CFO of Blossman Gas. “He was easy to have a relationship with, he had the utmost integrity, was very smart, and he knew how to navigate through situations with opposing views.”

As Myers reflects on his 26-year propane industry career, he recalls the type of people who, from the beginning, made his time special and memorable. At Myers’ first board meeting, a group of “very distinguished gentlemen” invited him to dinner.

“They were so cordial and nice to a young kid who was brand new to the industry. I had been with the association barely six months, and yet they were treating me as an equal,” Myers says. “These gentleman had been in the industry easily 30, 40 years – CEOs of big companies who had grown up in the industry – and the conversation was just as pleasant and enlightening as it could possibly be.”

Since retiring, Myers, 71, has spent a great deal of time promoting The Churchill Centre and the life of Winston Churchill. Myers opened and ran the group’s Washington, D.C., office for about five years, commuting from Illinois. The job also kept him in touch with Roldan and the NPGA staff.

Myers, 71, and his wife, Eileen, reside in Downers Grove, Ill. They have two children and four grandchildren.