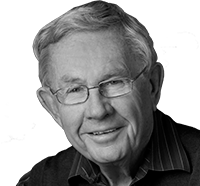 Propane cylinder accidents had been piling up for years by the mid-1990s, and the subsequent lawsuits were time-consuming and often costly for industry stakeholders.

People were getting hurt. Property was being damaged. And the propane industry’s days of self-regulation were possibly nearing an end.

Darrel Reifschneider, the longtime president and CEO at Manchester Tank, recognized what was at stake. He had been pursuing a solution to the problem for years, one that would finally put an end to the senseless incidents occurring after a person failed to properly fill a propane cylinder.

Specifically, the failures were related to cylinder overfills. Most of the cylinders involved were 20-pounders, and the overfilled cylinders would vent at the relief valve. Accidents often happened shortly after an overfill – perhaps on the car ride home or after connecting the cylinder to a barbecue grill – but they were largely preventable, according to Reifschneider.

“We needed to stop the access,” he says. “We had to stop people from getting burned.”

Reifschneider developed an interest in fuel protection devices as far back as the early 1970s. Manchester Tank conducted stop-fill research for years, and it even manufactured a line of stop-fill devices in the 1980s for motor fuel tanks.

Yet, despite a growing number of accidents, the technology had not been mandated on cylinders – even by the mid-1990s. Stop-fill devices were considered costly, and a number of propane retailers doubted an overfill problem even existed.

Still, Reifschneider went to work to provide a solution. After years of development, he brought one to market in Manchester Tank’s overfill prevention device (OPD).

“When you look back at our company successes for 55 years, the OPD is clearly the company’s No. 1 contribution to the industry,” says Rob Reifschneider, Darrel’s brother, who served Manchester Tank as senior vice president of materials, human resources, management information systems, and research and development. “There were a lot of things the company did, but this one by far was the most impacting. The OPD is like the seat belt of the LP gas industry.”

By 1995, Darrel and Rob were convinced their stop-fill unit was the solution the industry needed. That April, Manchester Tank showcased a stop-fill device designed and manufactured by Luxembourg-based Stop-Fill at the Southeastern Convention & Trade Show in Atlanta. Manchester Tank installed the device in 15,000 of its 20-pounders that year, but industry consumption of those cylinders was low.

Still, Manchester Tank persisted on the adoption of a new code requiring a stop-fill unit to be installed on all 5-, 20-, 30- and 40-pound cylinders. Finally, in 1998, NFPA 58 enacted OPD requirements.

“If you have to take one thing in our lives that made the company, it was the OPD,” Darrel says. “It changed the whole picture, although it took 20 years to get there. And it took eight years to get the product developed and approved.”

While the OPD was Darrel’s brainchild, it was Rob who guided the stop-fill device through the years-long adoption process.

“I’m more of an engineer,” Darrel says. “My brother was more of the politician.”

The propane industry, meanwhile, benefited from the OPD, which Manchester Tank deliberately did not patent.

“We could have patented that item as a company and said it’s exclusive for us,” Rob says. “But we chose not to do that. We saw the industry really needed a way to eliminate overfilled cylinders. It was a huge issue, causing burn cases, fatalities, and claims and litigation for everybody. Every major gas company in the industry was affected, and a lot of suppliers were affected.”

The man at Manchester Tank

One device, however, does not make a man. Darrel’s propane peers revere him for so much more.

LP Gas Hall of Famer Bob Myers, for one, appreciates Manchester Tank’s willingness to manufacture propane autogas tanks during periods when the market was limited.

“Many other manufacturers entered the market in good times but quickly abandoned it when things got tough,” says Myers, who committed 25 years of his career to Petrolane. “Delivery dates may have been a bit fluid during the lean years, but one could still rely on Manchester when all other sources disappeared. Darrel lived with his word even when it was not profitable or popular.”

Darrel also introduced powder coating to a number of tank designs. The vertical dispenser was a Manchester Tank design, and Darrel developed other tanks to accommodate new vehicle packaging.

“Every day was a good day over the course of 52 years building propane cylinders,” Darrel says.

But Darrel’s earliest years at Manchester Tank were trying – particularly for his mother, Mollie Reifschneider, who took over the family business after the death of her husband, Edward Reifschneider, in 1947. Edward had purchased Manchester Tank, then known as Manchester Welding & Fabricating Co., with a partner in 1946.

Edward became the sole owner of the company in late 1946, but his sudden death put a major decision before Mollie: sell the new business or invest all of herself into it and keep Manchester Tank in the family.

Mollie had a sixth-grade education at the time, but she trudged onward despite the challenges ahead.

“She was the engine who built the company,” Rob says. “Darrel and I were just young pups then, and we didn’t take over the business until the 1970s when she retired completely.”

Still, those first years after Edward’s death were challenging.

“She elected to keep the doors open,” Darrel says. “With three kids, an awfully small company and no cash, she made it. But it wasn’t much fun for a long time.”

Darrel and Rob worked alongside their mother across four decades. Darrel worked part time in the business throughout his teenage years, and he worked full time starting in 1955 after graduating from college.

In Darrel’s earliest years at Manchester Tank, the company solely supplied cylinders to mobile homes. The emergence of the RV market in the late 1950s and 1960s presented the company with a chance to grow. The alternative fuel market also presented a growth opportunity.

“Tractors, trucks and pickups were our second-biggest product line,” Darrel says. “That’s where we got involved in the propane business.”

Manchester Tank continued to grow after Darrel and Rob took over in 1972. The propane grill market, which Manchester Tank ventured into in the late 1970s, particularly spurred the company’s growth.

“The production of large volumes of 20-pound cylinders at a low cost to grill manufacturers was a key reason for propane dominating the grill market today,” Myers says.

Darrel, now 83, and Rob sold the company in 1999. Darrel bought a True Value hardware store in Franklin, Tennessee, a few months later and invested a number of years in that business.

These days, Darrel spends his time at home in Franklin and on his farm in Bell Buckle, Tennessee, where he grows corn, soybeans and wheat. But he looks back fondly on his many years at Manchester Tank and in the propane industry.

“From where I started with about 10 employees and one product, we ended up with 1,400 employees, eight plants and $200 million in sales,” he says.