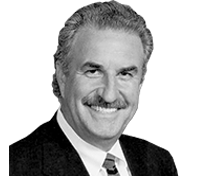 The tension in the room was palpable.

Dan Myers remembers it vividly. He was on Capitol Hill with a small contingent of propane representatives to discuss advancing a long-conceived industry checkoff program with a congressional sponsor.

Opposing the propane group was a petrochemical lobby that intended to disparage the checkoff program and exhibit how an enactment would jeopardize one of its key feedstocks.

“They explained how the program was going to kill them and that they couldn’t live with it,” says Myers, who represented the National Propane Gas Association (NPGA) as CEO at the time.

Billy Tauzin, the Louisiana congressman both groups were vying to win over, sat down and responded to the petrochemical lobby plainly.

“[Tauzin] said, ‘Look, I understand where you’re coming from, but we have a little industry here trying to help and promote itself – and we need to help them,’” Myers recalls. “‘What can we do that’s going to help them grow but will not affect your business?’”

The petrochemical lobbyists didn’t enjoy hearing those remarks, Myers says. But they largely quieted, realizing that pressing arguments further could compromise their interests with Tauzin down the road.

Tauzin’s comments changed the meeting’s tone, creating an opening for propane advocates to offer solutions to move the checkoff program forward. One advocate, Daryl McClendon, presented a solution that put many minds in the room at ease.

At the time, the petrochemical lobby feared a growing propane motor fuels market would cannibalize available gallons. McClendon suggested limiting the dollars spent promoting propane to the size of markets.

“The petrochemical companies said that sounded reasonable,” Myers says. “They asked for us to work up some solutions and send them the text, and that they would sign off on it. We went through a draft or two, but they signed off.”

“Daryl was the key person in that meeting explaining what petrochemical companies needed to do to make this happen,” Myers says. “We then set up a mechanism for the Department of Energy to check our sales statistics on an annual basis.”

That meeting leading up to PERA is just one example in which McClendon served to the benefit of the propane industry. Yes, McClendon was a key contributor in the establishment of PERC, but his voice was one that continuously made a difference in matters of great interest to the industry.

“He’s really done everything in the industry,” Myers says. “If we had a delegation on anything, he was always part of that. I would put him down at the top of any class of people that the industry needs to use to promote the industry to the government.”

McClendon also had the unique experience of working on both coasts and for Pargas and Suburban Propane, two of the most prominent retail companies in the industry’s history.

McClendon’s career started in 1965 with Pacific Gas & Electric, a northern California company. He entered the propane business in 1968 with Pargas after a recruiter sold him on personal growth opportunities at the company.

“I couldn’t even spell propane at that time,” McClendon jokes.

Yet, McClendon experienced just about every propane job imaginable at Pargas. He dug ditches, filled cylinders and drove bulk trucks throughout northern California.

“I pretty much did everything from the ground up during that training period,” he says. “I spent time at a number of different locations in the region and saw how different managers handled different parts of the business.”

Among McClendon’s Pargas responsibilities to come was management of supply and distribution for the West Coast.

“I got into union negotiations – everything the division manager was in charge of,” McClendon says. “I didn’t have decision-making capabilities, but I could make recommendations.”

McClendon transitioned to Suburban in the mid-1980s amid its acquisition of Pargas, joining the company as a vice president and division manager.

“It was time for me to get into operations again at a much higher level,” he says. “I took over initially in the Deep South. I had Texas through Florida, and my territory included Kentucky and Tennessee. About a year or so later, Suburban purchased Union Texas [Petroleum’s] propane division. Union Texas was heavy in the Deep South, so I took over their northern division around 1986.”

A couple of years later, McClendon took over the mid-Atlantic region for Suburban.

“During that time, I was a division manager and vice president of three different divisions,” he says. “I did fairly well with them and helped the company make some money. I enjoyed that time.”

Later, McClendon became a senior vice president of supply and distribution at Suburban. His Suburban days ended in 1994 when he joined Superior Propane and Skelgas. McClendon formed his own consulting service, DFM Enterprises, in 1995. He later spent a few years at Platinum Propane, a Blue Rhino distributor. McClendon also consulted Blue Rhino on his own, playing a pivotal role in launching the cylinder exchange business throughout the United States.

“I was fortunate enough to get started during a pretty rapidly expanding time for the industry,” McClendon says. “I had a chance to grow with the industry during that period.”

In addition to his roles with propane marketers, McClendon continuously showed devotion to causes that affected the industry. He was well-respected within NPGA circles because of his ability to bring people together.

“He was the person who could step away from the details, think about the process we were following and if that was the appropriate process to go through,” says Gene Bissell, former CEO of AmeriGas. “Not everybody has that skill. Sometimes, people just talk about an issue, but he has a wonderful way of articulating things that generate a consensus. That’s a real strength of his, and Daryl impressed me from that standpoint.”

As an example, Bissell points to the role McClendon played as adviser during a contentious time within the industry.

“When we were going through the discussion about moving [NPGA] to Washington, [D.C.], it was a very divisive issue,” Bissell says. “There were very strongly held opinions on both sides. There was talk of splitting the organization into two because of different visions.”

Bissell, who became association chair during this period, heeded advice from McClendon that helped him lead on the issue.

“Daryl took me aside, having watched some of the debate at the meetings,” Bissell says. “He recommended I set up a task force that would focus on this issue. That way, we could break it down into different aspects to get a lot of information from both sides. It would be a great way to build a consensus.”

“We could never have an effective voice in Washington if we weren’t all together in one organization,” he says. “NPGA has had remarkable success in Washington. If we had two different organizations calling on Congress, it would have caused great confusion and greatly reduced the industry’s success.”
McClendon’s counsel proved influential to PERC, as well.

“Daryl was a consensus builder,” says Roy Willis, president and CEO of PERC. “He liked to bring the PERC councilors together around goals. He’d ask about expectations; how we’re going to measure progress against those goals; and how we’re going to report back to the industry. He’s very methodical.”

But McClendon, who served as PERC’s second chairman from 1999 to 2001, wasn’t always confident about the PERC concept. As McClendon was moving up the officer ranks in the mid-1990s at NPGA, he realized the industry expected him to make a personal decision about the checkoff program.

“As the time approached for me to be president, I visited with Dan Myers,” McClendon says. “He said, ‘Daryl, sometimes the incoming president gets to set an agenda, and sometimes the agenda is set for you.’ I struggled internally about whether or not to fully get behind [the checkoff program]. I finally came to the conclusion that I didn’t want to be responsible for being the one who didn’t get it passed from a lack of dedication and desire.”

So, McClendon embraced the checkoff concept.

Daryl McClendon is a consensus builder who guided major marketers was voice of reason for the industry at pivotal moments.

“I decided to sink every ounce of my body into it,” he says. “That’s when the seriousness of the meetings really got underway. I testified before Congress, along with a few other key people.”

McClendon also convinced key marketers to embrace the concept. He helped select and organize PERC’s inaugural staff members, and he stood up for the industry in the key meeting with Tauzin and the petrochemical lobby that forged PERA ahead.

“That was a critical meeting many people in the industry don’t know about,” McClendon says. “We were feeling heat and pressure. We were becoming pretty discouraged about the opportunity to get this act through.”

Fortunately for the industry, Tauzin backed propane and PERC was ultimately formed.

“Daryl was very determined to launch the consumer ad campaign,” Willis says. “He told me many times that he believed the consumer education marketing function was the primary driver for the industry. He wanted to get that right.”