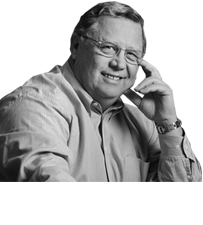 Some people loved Dwain Willingham. Others probably hated him. But Willingham was fine with the disdain because he wasn’t interested in gaining a person’s admiration. Instead, he was more interested in challenging people so they could develop individually or achieve growth of some kind.

“His big thing was he wanted to see everybody grow and develop,” says Tamera Kovacs, a 15-year employee of Propane Resources, the company Willingham founded in 1991. “He wanted to learn more, do more, see more, help more. He was never satisfied with the status quo. He may have intimidated people in the industry; other times he would just challenge them. It wasn’t something to be offended by. It was just who he was.”

Willingham founded Propane Resources, which was originally called Willingham Associates, as a source to help independent retailers with all things propane – with the exception of legal matters and accounting. But he developed the vision to start Propane Resources from experience he gained early in his career.

Willingham’s career started in 1969 with Phillips Petroleum, a company that gave Willingham a chance to travel the world. He spent three years each in England and Belgium doing marketing related to natural gas liquids (NGL) and petrochemicals. He also had assignments in Japan and Panama while at Phillips Petroleum.

In the late-1970s, Willingham returned to the United States with his wife, Sue, and took a job managing supply and distribution for Williams Energy. He spent about seven years with Buckeye Gas following his tenure at Williams, and his last years in retail propane were spent with Ferrellgas, which purchased Buckeye in 1987.

For Willingham, something special was brewing on the horizon.

“Dwain was always kind of a square peg in a round hole in the corporate world,” Sue says. “He was way too independent and opinionated, and he wasn’t a political animal at all. Considering he didn’t have any of those personality traits, he didn’t do too badly in the corporate world. But he always talked about wanting to start his own company.”

Tired of others determining his future, Willingham embarked on a journey to form his own business. He envisioned building a business that could help independent propane retailers in areas where they didn’t have the resources to help themselves.

One of the first steps Willingham took to build Propane Resources was to write a monthly consulting newsletter for independent retailers. Eventually, Willingham received a letter in return from a retailer in Chattanooga, Tenn. The retailer asked if he could visit Willingham to discuss business matters, and Willingham obliged.

“Dwain helped him,” Sue says. “One thing Dwain found is that being an owner is a very lonely position. They often don’t have people to bounce ideas off. They can’t talk to their employees about their ideas.”

The conversation with that retailer gave Willingham a sense of how he could shape his business. A year later, Willingham created the Propane Board as a gathering place for retailers to share information and benchmark their performances. Willingham facilitated Propane Board meetings for a number of years.

“The Propane Board was a huge accomplishment,” Sue says. “No one had done it before. The people who were involved early on had very strong personalities, and there would be some conflict. For the most part, it was pretty constructive conflict.

“There’s a huge amount of benchmarking in the industry now,” Sue adds. “I think some of this came from the fact that there was this Propane Board.”

When the Propane Board first started, Kovacs says, training was an issue for a number of independent retailers. Propane Resources, under Willingham’s leadership, took action to address the issue.

“Retailers were saying they couldn’t get any good training,” Kovacs says. “They had to send their people out. As part of that discussion, we decided to make a training CD. PERC (the Propane Education & Research Council) handles that now, but for a period of time we sold training [CDs] so retailers could train their employees who needed it. We worked with a lot of individuals in the industry to do that. We certainly weren’t the safety experts, but that’s an example of something we didn’t know how to do but found a way to do it anyway.”

There are countless examples of tasks Propane Resources performed that it at one time was not prepared to do for customers.
“Many of the areas we expanded into evolved after customers would ask if we could do something in an area, and we said yes,” Kovacs says. “Then we’d figure it out.”

The business grew over time by word of mouth, says Marty Lerum, managing partner at Propane Resources. Lerum joined the company in 1995 and worked under Willingham at Buckeye Gas.

“There was this company out there that could help retailers with their expertise in every area of the business,” he says. “From risk management to finance to software to every piece of that business.”

Willingham was also a frequent speaker at propane events, challenging the industry to break norms and think differently.

“He always leaned toward ‘the bleeding edge,’ to get people to think outside of their comfort zone and understand there’s more than one way to do things,” says Daniel Dixon, a former Propane Resources employee who’s now the director of business development at AmeriGas.

A man of substance

In addition to the things Willingham did, he is largely remembered since his death in 2005 at the Midwest Propane Gas Convention because of the qualities for which he stood. For starters, Lerum says, Willingham was a man who always told the truth.

“That really ruffled people in NPGA and PERC,” Lerum says. “For example, he would stand up in the middle of a PERC meeting and say the things that PERC does don’t necessarily benefit the independent retailer or the retail side of the business because it’s made up of 50 percent producers.

“People might not have liked it, but I didn’t meet anybody who didn’t respect that.”

“He didn’t care if you agreed or disagreed with what he said or did,” she says. “But if he made you stop and think, then he accomplished his goal.”

The culture Willingham created at Propane Resources reflects who he was, as well. Employees at the company had no titles during his time. No walls bound employees, either, as Willingham believed in creating an open environment that cultivated learning.

“I have somebody who’s come on board with us doing consulting,” Kovacs says. “He sits right across the desk from me. There’s a partition, but he can hear all of my phone calls. This gives him the opportunity to ask things like, ‘What did you mean by that?’ So he listens into them, and it helps facilitate his coming up to speed on things.”

Willingham was also a mentor – and in more ways than one.

“Dwain was a career propane person and loved the industry,” Dixon says. “He loved the people; loved the product; and I think that’s one of the reasons he was such a good mentor to me. He continuously challenged me. He brought a lot of different viewpoints and different insight to help people think outside the box and outside your comfort zone.”

“His whole thing was he wanted to be a resource for you but have you stand on your own,” she says. “When I came into the propane industry, I didn’t know propane. I learned much of what I do from him.

“If we visited a customer on a business trip, a three-hour drive wasn’t talking about the [Kansas City] Royals. It was talking about business to educate you and help you do your job better.”

For Kovacs, Willingham went out of his way to teach her the little things about propane to help her grasp the big picture of the industry.

“We’d be driving along, and even though I was in consulting, we would stop by bulk storage, for example,” she says. “He’d point out these valves; if it doesn’t have a data plate, you can’t use it, he would say. He was teaching you all the little things from being in the industry for so long. He would help accelerate your ability so you got a feel for the business.”