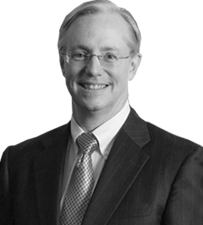 Eugene V.N. Bissell didn’t know much about propane when he started in the industry. And yet, the Wharton School of Business graduate listened and learned along the way, ultimately becoming chairman of AmeriGas, the country’s largest propane retailer, and one of the industry’s most influential people.

“I just love the product,” says the self-described “propane nerd” who seeks out its unique uses in his global travels. “It’s so universally valuable that I just get a kick out of seeing it everywhere and how it’s used.”

Watching food sizzle on propane-fueled woks aboard long, thin boats in Thailand fascinates Bissell, 59, but it was his enthusiasm for the people who market, distribute and deliver propane that propelled the Minnesota native and longtime East Coast resident to become a leader in the industry.

Bissell extended that leadership to the National Propane Gas Association (NPGA), serving as chairman at a contentious and pivotal time in the organization’s history: He shepherded the group through its difficult decision to move its headquarters from its longtime home in Lisle, Ill., to the nation’s capital.

The son of a grain – then sugar – executive, Bissell’s family moved 12 times and lived in six states and Puerto Rico before he graduated from high school, pushing him at an early age to meet new people and adjust quickly.

“Every place you go is interesting,” Bissell says. “One of the things I enjoyed at AmeriGas was getting to travel to different areas of the country. You get to meet such nice people in all different parts of the country, see how they live and learn what’s important to them.”

After graduating from high school in New Jersey, he attended tiny Kalamazoo College in southwest Michigan to study political science with aspirations of becoming a lawyer. However, after working in Michigan’s state securities bureau, he found he was more interested in the businesses he regulated than he was in the law. He took a job in a state energy agency in Michigan and became a legislative analyst on energy matters, representing the governor in federal matters, but knew he did not want a career in government.

He entered the prestigious Wharton School at the University of Pennsylvania in Philadelphia, and in 1981 he was accepted into the management trainee program of AmeriGas’ parent, UGI Corp. There, he was assigned to the industrial gas division, working on acquisitions and as a financial analyst, but he had bigger goals.

“I kept telling people I didn’t want to be a financial analyst forever; I wanted to get into the field and get that experience,” Bissell recalls.

Eventually he was assigned to manage a recently acquired district in California where the owner had retired and its 10 employees were on strike.

“Sales had dropped by 30 percent. Receivables had stretched out to 80 days. They kept saying, ‘You can’t make it any worse,’” he says.

“He had me do everything in the business,” Bissell says. “I helped load and unload the cylinder truck. I collected receivables a lot.”

Most importantly, he listened to the unhappy employees.

“We found them to be very reasonable, and we resolved those problems almost immediately. I was able to cut through a lot of red tape and get things done. They liked that I wanted to hear from them.”

Turns out, he knew a lot of conceptual strategy but was short on practical, day-to-day management.

“They had to teach me the business,” Bissell says. “It was humbling.”

Eventually he returned to headquarters work and joined competitor BOC Gases in 1989 to manage acquisitions. In 23 months, he led 24 acquisitions.

“I was young enough, and it was just so exciting,” Bissell says. “I would be valuing the business on the airplane, come down and make an offer on the spot. That was pretty heady and a lot of fun, but a lot of miles.”

“I felt very comfortable stepping into that role,” Bissell says, explaining that he was working with people he enjoyed and admired. “My strategy has always been to hire people who are smarter and more capable than I am, then try to help them get their job done.”

He didn’t get to enjoy No. 1 status for long. Early in 2000, Ferrellgas completed its $432.5 million acquisition of Thermogas, adding a third more customers and 180 outlets.

“People were crestfallen about that,” Bissell remembers.

But that didn’t last. In January 2001, AmeriGas announced it would acquire the retail propane distribution business of Colombia Energy Group for $208 million, regaining the first-place position it has held since.

Serving as CEO was heady but required tremendous focus. He worked 8 a.m. to at least 7 p.m. during the week and all day Sunday.

“I really tried to spend all day Saturday with my family,” he says.

His focus extended to the industry as a whole. He encouraged employees’ involvement in NPGA – about 50 were involved in NPGA committees or leadership in 2011 – and served as chairman from 2002 to 2003. Bissell says he believed strongly that AmeriGas, as the largest retailer, should be involved in promoting the well-being of the whole industry.

Known as a genuinely kind and ethical leader, Bissell helped NPGA refine its mission as the industry’s advocate for effective government policies. He governed the heavily divided group to reach consensus on the decision to relocate NPGA’s offices to Washington, D.C.

“It could have been a very divisive issue,” remembers Ray Murray, co-chairman of Ray Murray Inc. and NPGA’s current chairman. “There were people who felt very strongly that we had to be in Washington, but there were also a fair number of people who felt having it in the center of the country made just as much sense.”

A contentious board meeting in Montreal brought the issue to a head, Murray recalls.

“After that meeting, we were almost a house divided at that point,” he says. “And then Gene stepped in.

“He really was, more than anybody else, responsible for having a smooth and [unified] move to Washington, D.C. He got [together] some folks who didn’t agree and was able to solve this problem.”

The move has paid off, Murray and Bissell say, positioning NPGA close to legislative action and enabling the association to have an active voice in the formation of regulations and the fight for a level playing field with other fuels.

“Sometimes you’re just there at the right time,” Bissell says simply. “I’m sure others would have done equally well because you’re surrounded by good people.”

Bissell was careful that the people who worked for him were good people, and he had high expectations of integrity and fairness within his company. He made sure employees of newly acquired companies were treated with respect and concern, Murray says.

“He’s a very, very high-integrity individual, which makes it much easier when you’re talking about people issues and you have to make difficult decisions,” says William Katz, AmeriGas’ vice president of human resources. “I could always rely on him to be guided by the principle of doing the right thing. When there were opportunities to deal with someone in an expeditious fashion, he always went out of his way to act not just fairly but compassionately.”

For example, he took a calculated risk by investing in an innovative healthcare program that cost the company some money in the short term but helped employees’ long-term health.

“He did not hesitate in supporting me in that venture,” Katz says. “It has paid off handsomely in terms of saving lives, and we think it has saved money as well.”

“He was just the nicest, warmest person,” says Charlie Baselice, a product manager at Airgas who worked five years for AmeriGas and one of several who nominated Bissell for the Hall of Fame. “There were no airs about him or anything like that. Gene’s the kind of guy who would be just as comfortable riding that day with the driver as he would be in the boardroom.”

After nearly 12 years as CEO, Bissell decided to step down to spend more time with his wife, Joanne, a former librarian, and 24-year-old daughter Jennifer, an aspiring actress. He has carefully planned his retirement, listing the things he hopes to accomplish, such as international travel and snorkeling.

He continues to volunteer his time as treasurer of the board of trustees at his alma mater, Kalamazoo College. He also contributes his time with the National Senior Games Association, helping lead events such as wheelchair races and beanbag tosses. Elder care became near to his heart after years of helping his mother, who suffered an aneurysm when he was 9. She was paralyzed on one side of her body, unable to speak, and spent the rest of her life in a wheelchair and in assisted-living situations.

“I spent a lot of time in nursing homes and seeing how important it is to have an advocate,” he says.

He wants to serve on the board for one or two public companies so he can continue to use his business skills, and he plans to become active behind the scenes of a local theatre group. He says his Presbyterian faith, as well as his father’s lessons in maintaining a solid reputation, helped shape a career marked by integrity and ethics.

In 2011, Bissell received the NPGA’s 39th Distinguished Service Award for outstanding contributions to NPGA and the propane industry, and in 2013 he was inducted into the LP Gas Hall of Fame.

Murray says Bissell continues to be a role model for him as chairman.

“I can’t think of anyone who’s more deserving of [such acclaim],” he says. “We’ve had so many outstanding people in the industry, and he certainly measures up to all of them in every way.”