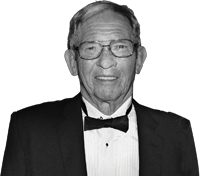 Glenn Miller had a full-time propane retail business to run, but an opportunity was at his fingertips.

The opportunity was nothing more than an idea at the time. Miller’s friend, Milford Therrell, devised the idea, which was to develop an industry check-off program that would generate millions of dollars each year for programs that promote propane safety, training and technology development and commercialization.
Such a program would ultimately better Miller’s business, he thought, and it would lead to propane-gallon growth and increased visibility for the fuel across the United States. But taking a big idea like that and molding it into a multimillion-dollar enterprise required a few key ingredients.

A propane industry check-off program required tremendous time and continuous action. It also required leaders who were willing to put the greater good of the industry before their own businesses.
Such a program required leaders like Miller, who, along with Therrell, steered a multi-year effort that ultimately resulted in the 1996 passage of the Propane Education and Research Act. The bill created the Propane Education & Research Council (PERC), which continues to promote propane on behalf of retailers nearly 20 years later.
“PERC brings in a lot more money than Milford, myself or anyone else early on could ever have imagined,” says Miller, owner of Miller’s Bottled Gas in Bowling Green, Ky. “Managing the money has been handled much better than we ever dreamed. Everybody has tried to spend it wisely and do some good investing with it.”

From propane to politics

While Therrell used his platform as a National Propane Gas Association (NPGA) leader to rally the industry into pushing legislators to adopt a check-off program, Miller promoted the program through constant conversations, letters, phone calls and visits to Capitol Hill.

“At one time I was probably spending 30 to 40 percent of my time just trying to promote PERC within the industry and convince people what we could do with grassroots efforts,” Miller says.
Miller brought an understanding of politics to the effort, as well as the belief that the industry was capable of receiving congressional support if retailers became open to the idea.
Miller developed his political acumen from several relatives. His father, Preston, who founded Miller’s Bottled Gas in 1945, was a city councilman. An uncle served in Kentucky’s state House of Representatives for about 30 years, Glenn says, and a brother served in the state Senate for 13 years.

“At one time we had four members in the House or Senate in the family within the state of Kentucky,” Glenn says. “You realize how powerful three or four people together can be on one legislative matter. And they’ve all got friends.”

Still, before PERC, most propane retailers didn’t realize they had the power to persuade governmental officials.
“People did not think [PERC] was possible to get passed because we had never done anything before in the Congress of the United States,” Glenn says. “Nobody thought we had any clout or that we could get anything done.”

Glenn’s wife, Joan, echoes that sentiment.
“The big problem was no one knew how to do it politically,” she says. “You start working with 50 states, and we found that a lot more than half of the states didn’t even know who their representatives were. It was a motivational process to give them the confidence to go talk to their legislators.”
Convincing propane retailers to visit their congressperson wasn’t an easy endeavor, though.
“People were terrified to go to [Washington], D.C.,” Glenn says. “They had never had done anything like this.”

Retailers eventually overcame their fear. But long before retailers visited Capitol Hill to push an industry check-off program, Miller was actively trying to raise money for a program that promoted the industry.

“I tried to raise $100,000 a year,” he says. “That looked really good at the start and then it fell on its face. Nobody was willing to live with their commitments, and it was hard to get corporate entities to hang into a three- or four-year program with $5,000 or $10,000 per year. Everybody’s budgets were too tight at the time. You just couldn’t get anybody to sign up and stay involved in long-term programs.”

But then Therrell envisioned a check-off program – one in which a fraction of a cent of every propane gallon sold supported the promotion of propane. Miller bought into the idea, and he actively sold its merits.

Progress was slow to come, though. Joan estimates that six or seven years passed between the time Therrell thought up the concept and the time PERC was created.

“The initial thought process came out of discussions at [NPGA] board meetings,” she says. “It was probably batted back and forth for two or three years before anyone actually did anything.”
Jimmy Reynolds, a retired Alabama propane retailer who owned Reynolds Gas & Appliance Co., was active in check-off program discussions during those years. Miller was a significant driver of the program, Reynolds says, adding that retailers were initially skeptical about its viability.

“We just kept hitting them with facts and figures and the need for it,” Reynolds says.

Miller was always there to see PERC through, says Squibb-Taylor’s Sonny Miles.

“Back during the days when he and Milford were working on PERC, I asked him as a friend if he was not protecting his business a little while he was working on this,” Miles says. “Glenn said, ‘If it’s good for the industry, it will be good for Miller’s Bottled Gas.’”

Joan helped to protect Miller’s Bottled Gas during those years, Glenn adds. She assisted him and Therrell in their PERC efforts, unbeknownst to many within the industry.

“A lot of what we did to get PERC passed would not have been possible had it not been for Joan,” Glenn says. “After my brother Charlie died, she came back into the business to take his place and handle a lot of the stuff he was doing.”

Joan also handled a number of PERC responsibilities for Glenn and others, he says.

“She was guilty of calling on congressmen. She made so many phone calls for me and different propane dealers, trying to encourage them to call their congressman,” he says. “She’d wordsmith a lot of the letters that Milford and I wrote, marking up changes.”

Glenn’s experience and success as a propane retailer was enhanced because of PERC, he says.

“I would say it’s very possible that we have set our business up to more than double over a 15-year period without having to go out and do anything crazy with promotions or give away the house,” Glenn says. “We just keep adding gallons year after year.”

Some of the technologies PERC has commercialized have helped Miller’s Bottled Gas and others experience growth, he says.

“I wasn’t a big fan of the lawn mower [market] to start out with, but I can tell you this last year we sold more gallons of lawn mower fuel than I ever thought would be so,” Glenn says. “I don’t know how many generators we’ve hooked up since we had PERC, but I don’t think we would have had a capable generator for emergency electricity for the home had it not been for PERC.”

Enhanced propane safety is another benefit of the effort Glenn and others put forth on PERC, Joan says.

“I think people are safer now because they are more educated,” she says. “CETP (Certified Employee Training Program) has provided employees education. I think that more than anything else is something [Glenn] and Milford were very proud of.”

“Long before [NPGA] did Propane Days, Glenn and some others who were committee chairmen at the state association made trips to Washington,” she says.
Joan adds that Glenn’s involvement as an industry lobbyist dates back to the 1960s.

“In the ‘60s, Kentucky, with the help of Glenn and other people, were able to make propane non-taxable as a road fuel,” she says. “It’s taxable today, but for many years the propane association lobbied and got it done.”

Glenn has always been highly visible within the Kentucky Propane Gas Association (KPGA), and he’s still involved in the state association to this day.

“I’ve been with the association 20 years,” says Tod Griffin, KPGA executive director. “Glenn’s been deeply dedicated to the association and to the industry. You just can’t say enough about his dedication. I can’t think of a meeting he missed. Everyone really looks up to him, especially on national issues.”

Glenn supported other propane retailers over the years, as well.

“We weren’t in competition with each other,” says Bud Bright, a retired retailer who owned Bright’s Bottle Gas. “He was about 150 miles from us. They had a shopping center in Danville, [Ky.], running on propane, which was eight miles from my plant. They handed that over to me so I would have some help in my area.”

Another Kentucky retailer, Mike Rilling of Midwest Bottle Gas Distributors, says Glenn is always thinking about the industry’s future and encouraging other retailers to be proactive in supporting it.
“He didn’t put you on the spot in front of people,” Rilling says. “He would try to get you one-on-one. He was just trying to encourage you. He never tired of this, and he’s still doing it. He’d say, ‘We need you young people.’ He has a good way.”

What others say about Glenn Miller

“He and Milford Therrell were the two fathers of the national PERC effort, but from a state perspective we were one of the first state PERCs. I was on the association staff when we ran that bill through the state legislature. Glenn was a resource for us. Our Kentucky PERC bill was modeled after the national one because Glenn knew that language so well.” – Tod Griffin, Kentucky Propane Gas Association

“Glenn was one of the cornerstones of PERC. He kept everybody on track.” – Jimmy Reynolds, Reynolds Gas & Appliance Co.

“I met a lot of fine people through state conventions. [Glenn] was always there. He’s a good man. He’s been a tireless worker – not only at the state but also at the national levels. Glenn liked his politics, as well. He didn’t hesitate to talk to legislators on our behalf.” – Mike Rilling, Midwest Bottled Gas Distributors

“He’s been a good retailer. I think it shows that he’s still in the business.” – Bud Bright, Bright’s Bottle Gas