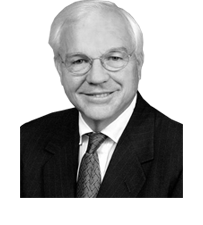 The water heater accident count was mounting, and the scrutiny that accommodated each one represented a step back for the propane industry.

This was the early 1980s, and as former National Propane Gas Association (NPGA) CEO Dan Myers says, the Consumer Product Safety Commission (CPSC) was at odds on the issue with manufacturers and retail marketers alike.

“CPSC was breathing down the necks of both following a series of accidents that occurred with the control valve of water heaters, which would stick in the open position and allow gas to flow,” Myers says. “That let gas into the atmosphere of the room, seek a source of ignition, and you could have an explosion or a fire.”

The propane-related accidents that occurred also led to heated exchanges between manufacturers and retailers, Myers adds. Manufacturers saw the accidents as a service installation issue in which marketers should be adding sediment traps – a straight piece of vertical pipe that would capture sediment before it reached the control valve. Retailers, on the other hand, saw a solution on the manufacturing end, where sediment pipes would be part of a gas system’s infrastructure upfront.

“Arguments went back and forth for many years,” Myers says.

One voice of reason throughout this period was Charles Sawyer, an NPGA officer from Florida-based Sawyer Gas, who’s considered the father of a program that finally put the arguments to rest. Myers recalls one manufacturer-marketer meeting in particular that exemplifies Sawyer’s common-sense approach in achieving results.

“He looked at the manufacturers and said, ‘Nobody ever asked you to build [sediment traps] cheap,'” Myers recalls Sawyer saying. “The manufacturer kept talking about how it’s going to cost another 50 cents or $1.50 to build each one. [Sawyer] said the cost can be passed right on through if they charge $55 instead of $52, for example.

“That’s the way [Sawyer] always was,” Myers adds. “He has the ability to look at a complicated issue and break it down into common-sense terms that everyone could agree with and reach consensus.”

Sawyer, who sold his northeast Florida business in 1991, was part of a committee that originally met with CPSC about the water heater accidents.

Some larger propane marketers had their own safety inspection programs at the time, but many smaller independent marketers did not.

“So we came up with the idea of putting together the rules of [NFPA] 54 and [NFPA] 58, but in a form that smaller dealers – regardless of whether they had one employee or 200 – could develop their own safety program,” Sawyer says.

Sawyer was NPGA’s first vice president at the time of GAS Check’s development, and Petrolane’s Bill Denny was serving the association as president. According to Myers, Petrolane had an ongoing safety inspection program that served as a template for the national program that checks both propane-burning appliances and the gas-delivery system.

“They had their own check form,” Myers says of Petrolane. “The association took those forms as a model and adapted them, creating the GAS Check form.”

Sawyer, who committed much of his time during this period to GAS Check, tested the modified steps within his own company. According to Myers, Sawyer also played a fundamental role in developing a training program to advance an employee’s ability to perform a GAS Check.

“GAS Check wasn’t just a matter of coming up with a form and doing these checks,” Myers says. “They wanted to train people. Honeywell was one company that stepped up big time. They helped develop training video programs. If you signed up for the program, you would get a basic packet of GAS Check forms and training tapes.

“They were the kind of tapes where you could sit an employee down and train them on how to do a GAS Check; what to look for; how to fill out the forms; things to say to your customers; and so forth.”

“Employees could go into the customers’ homes, sit the homeowner down at the kitchen table and pop in the tape,” Myers says. “The tape would explain why the propane serviceman was here and the kind of check they were going to do.”

One reason videos were produced to explain GAS Check was to deliver a consistent message from customer to customer.

“Charlie knew the problems employees were going to have,” Myers says. “Some guys were high school dropouts or eighth-grade educated. They weren’t articulate and wouldn’t be able to explain everything. So Charlie made sure every employee who went out there and talked to customers told the same story. That was very logical and was the appropriate thing to do.”

According to Sawyer, GAS Check was well received by the industry after he and others introduced the program at state conventions and meetings. To his recollection, only one major company resisted GAS Check, while all others welcomed it.

“I think it was accepted because there was no hidden result of these accidents,” says Sawyer, who estimates two to three years passed between GAS Check’s inception and its finalization. “People were becoming more and more aware. Insurance companies jumped on it big time – the ones insuring the gas companies. They became a major partner in selling the program.

“I’d imagine there were 40 or 50 people involved in all,” he adds. “Some larger companies provided their safety engineers to help. It was a program whose time had come. There was a need, and the need had probably been there for some time. All of this came together at the perfect time. That’s why it went over so well.”

In addition to his role in developing GAS Check, Sawyer was also a member of the industry’s National Committee on Propane Allocation and Price Regulations during the control period of the 1970s. His role on this committee prepared him for the GAS Check project, he says.

“There were many of us who did a lot of lobbying in the 1970s,” Sawyer says. “We had committees that would meet with DOE (Department of Energy) and help them understand the rules. We became more Washington aware. It was a real educational experience for me to deal with the bright people on that committee.”

The entire time Sawyer served on the National Committee on Propane Allocation and Price Regulations, as well as NPGA’s first vice president tackling the development of GAS Check, he continued to run his retail business.

Sawyer Gas, which expanded to seven northeast Florida locations at its height, was actually a venture Sawyer’s brother launched in Jacksonville Beach, Fla., with a partner. Sawyer bought out his brother’s partner in 1958 after borrowing $3,000 from his mother, and he gained experience in all areas of the propane business.

Sawyer grew over the years by buying small companies in the area. He also had an air-conditioning business.

“I invented leverage buyout because I didn’t have a dime to invest,” he says. “Others kept saying yes. So I ended up buying quite a few companies. We had 36,000 customers when we sold out.”

But of all of Sawyer’s industry contributions, GAS Check is the one that stands out.

“Charlie was there at the beginning of GAS Check,” Myers says. “It was Bill Denny from Petrolane and Charlie who put that together. There were other people involved too, but they were the driving forces. These two men regularly worked with manufacturer representatives; they oversaw development; and it was Charlie who came up with the name GAS Check.”

At a time when small propane businesses needed an answer on safety, it was Sawyer, a propane marketer with a small business, who delivered.

“Charlie was devoted to his company, employees and customers,” Myers says. “But he had the mind of a large businessman. He had the vision of a corporate CEO and the heart of a small businessman. That’s always been his hallmark.”