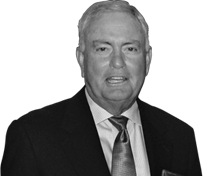 James E. Bertelsmeyer created a blueprint on his dining room table of how to build his own retail propane company. From nothing, Heritage Propane became the third-largest retailer in the country.

A key figure in growing past propane retailers Synergy Gas and Buckeye Gas Products, Bertelsmeyer felt the time was right to launch his own company. But he certainly couldn’t go at it alone.

So he partnered with a private equity group and sought some of the best minds in the business: Al Darr for acquisitions and corporate development, R.C. Mills for operations, and Mike Krimbill for finance.

Heritage Propane was founded in 1989 and grew to become one of the major retail players in the industry. But it was how the Tulsa, Okla., company grew – through an acquisitions strategy unique at the time – that garnered the most attention.

“He was accepted as the most successful at building a business from scratch through acquisitions,” Pinnacle Propane’s Harold Poland says of Bertelsmeyer, whom he nominated for the LP Gas Hall of Fame.

Those close to Bertelsmeyer say Heritage was known for retaining the acquired company’s name and its employees, and for its pushdown management style.

“Jim gave the industry the model that you could have a national company with a local brand,” says Rick Roldan, president and CEO of the National Propane Gas Association (NPGA). “When they acquired companies, they tried to retain the goodwill that people had with their local propane distributor.”

Mills adds, “Every independent company in America has its own small culture. We would meld that culture into a bigger culture, but because Heritage had such a culture similar to operating like an independent, it wasn’t a problem.”
First, though, Heritage had to find companies that would fit its model; it would buy only the best companies in growth areas. It tracked those prospects on a large map, with every U.S. county color-coded green, yellow or red. Green symbolized population growth over the last 10 years; yellow meant growth was flat; and red signaled a population decline.

“Retail propane marketing is an awful lot easier if you have a growing population in the area,” says Bertelsmeyer, 72. “Rather than steal customers from your competition, all competitors in the area are able to gain new customers because of increased population and the number of households.

“Our theory then was to buy in growth areas in the U.S. and buy the best companies we could find,” he adds. “So if you bought the best company in the area, why would you want to change the name from a company that had been successful in its area to a name that nobody knew?”

Bertelsmeyer says the company had very few plants under the name of Heritage Propane. Retaining the original company name and many of its employees led to few customer losses during the transition in ownership, he adds.

“That is one of the biggest complaints about making acquisitions, that you lose a certain number of your customers,” he says. “By that strategy, we were able to hold our losses to a minimum, and by buying in growth counties we were able to grow the business internally as well as by acquisition.”

Krimbill, now CEO of NGL Energy Partners, adds, “The uniform was the same, the invoice and truck looked the same. So you were reassuring the customer the same level of service and fair pricing. It was absolutely unique.”

Heritage’s leadership was also known for its pushdown management style that left field management responsible for results. Its philosophy was to move supply responsibility, pricing of the product and purchasing functions to regional management. The regional manager then had access to all levers to make his operation run smoothly. It was a management style sensitive to objectives and factors specific to each region.

“It worked well for us. We consistently had the highest EBITDA per gallon in the industry,” says Bertelsmeyer, noting that Petrolane had a similar unique philosophy at the time.

By 2006, Heritage was selling more than 600 million gallons of propane a year, positioned behind AmeriGas and Ferrellgas in the LP Gas Top 50 retailer rankings.

The leadership team took Heritage public in 1996 and four years later sold the general partner to four utility companies who had their own propane operations. It resold to Energy Transfer Partners in 2004, at which time Bertelsmeyer stepped down as chairman of the board and retired completely. AmeriGas acquired Heritage in 2011.

In his 11 years of active management, from 1989 to 2000, Bertelsmeyer says Heritage made 114 acquisitions.
“I was quite proud that we not only built a sizeable company, but we felt we had the quality company in the industry,” he says.

Bertelsmeyer had the ability throughout his career to attract good people, whether to his own company or for a worthy industry cause.
As president of the NPGA board in the late 1990s, he helped lead the industry through a regulatory and legislative battle with the U.S. Environmental Protection Agency (EPA).

The issue centered on the Clean Air Act Amendments of 1990 and a provision requiring the EPA to publish regulations to prevent and minimize the consequences of accidental releases of hazardous substances.

In 1994, propane was listed as one of those substances. The law required sites with more than 10,000 pounds of propane storage to develop a rigorous risk management plan (RMP). The industry feared the legislation would jeopardize the viability of thousands of small businesses and that customers would switch to seemingly safer fuels whose suppliers weren’t subjected to the RMP.

According to NPGA, more than 1 million customers and about 12,000 retail sites would have been covered under the RMP rules. The total cost of compliance was estimated at $1.6 billion.

What ensued was a strategy – with the “degree of difficulty of a triple Salchow,” Roldan says – to amend the Clean Air Act. More than 37,000 letters were written, from a diverse group of supporters, and sent to members of Congress requesting an exemption from the law’s provision.
In 1999, Bertelsmeyer testified before the Clean Air Subcommittee of the Senate Environment and Public Works Committee, expressing the industry’s concerns with EPA’s RMP regulations.

Roldan calls the letter-writing campaign and congressional contact program the “biggest, diverse, expansive coalition in the history of our industry.” In just less than a year, the grassroots effort led to exemptions for propane retail and customer locations.

“The starting point for every major initiative is resoluteness and decisiveness, somebody who says I will get you the resources you need to get this job done, who makes sure the board is speaking with a clear and concise voice that this is our top priority,” Roldan says. “Leadership makes a difference, and Jim was our leader.”

Bertelsmeyer grew up in St. Louis and attended the Missouri School of Mines and Metallurgy (now Missouri University of Science and Technology) in Rolla, Mo., earning a degree in chemical engineering.

He spent two years in the Marine Corps and, upon his exit in 1969, started working for Conoco. He helped build pipelines and pump stations across the country, later moving into gas liquids and serving retail propane customers.
Bertelsmeyer gained much of his experience to start Heritage by first leading Buckeye Gas Products, which became one of the largest retail propane companies in the nation before Ferrellgas acquired it in 1986.

He also served a term on the original Propane Education & Research Council.
Today, Bertelsmeyer resides in Tulsa with his wife, Glenda, but they also live part of the year in Florida and Colorado. He enjoys spending time with his nine grandchildren and working in the family’s real estate and investments company, in nonprofits and on his 1,200-acre cattle ranch outside Tulsa.

What else they are saying about Jim Bertelsmeyer

“He was a good leader of people. He knew what needed to be done to lead a crew and organize a program. He was a dynamic guy for the propane industry.” – Dan Myers, former CEO of NPGA

“He is extremely sharp. He is the combination of a great operator, a great leader, and he has the investment banker skillset, which is very unusual. He thinks big picture and loves details.” – Mike Krimbill, former president and CFO of Heritage Propane and current CEO of NGL Energy Partners

“One thing I notice about good businesspeople is they see the world and markets as they are and not how they would like them to be. That helps them make resolute decisions. Jim is one of those guys. He’s a doer.” – Rick Roldan, president and CEO of NPGA

“Jim was an excellent leader. He and I had a lot of the same business philosophies, so we had a wonderful partnership. He had some bedrock operating philosophies that we managed the company around.” – R.C. Mills, former COO of Heritage Propane