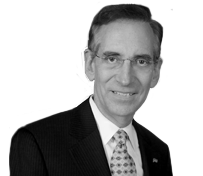 James E. Ferrell has the kind of rags-to-riches success story that once epitomized the American experience.

Starting with his father’s struggling, single site propane business in a small Kansas town, he crafted an empire that has grown to include a profitable network of 843 locations around the country, 3,588 employees and a spinoff private equity business exploring non-propane interests.

Ferrellgas not only has become the second-biggest propane retailer in the country, its chairman has led the industry by starting its first “modern” master limited partnership and instituting one of its few Employee Stock Ownership Plans (ESOP). He also has chaired various national and global industry endeavors, including two terms as president of the World LP Gas Association.

But it all began as a simple mom-and-pop shop, in a small town along the Missouri River in northeast Kansas. He reluctantly took over the operations from his father, A.C., whose health was failing along with his business after the death of Ferrell’s mother.

Ferrell, who had worked his way through college and signed up for ROTC during the Vietnam War, was an infantry officer in the Army when it became apparent that he was needed at home.

“I did very well there, was happy there, but my father’s business was really in bad shape,” he recalled. “I thought I could come back and maybe get it sold for him, then do what I wanted to do. Because the last thing I wanted to do was be a small, little propane retailer.”

Ferrell had bigger things in mind. Having excelled in business school and having absorbed the leadership training of the military, he aspired to something big, even if he wasn’t quite sure what that was.

But when he returned home in 1965 and studied the business, he found it was in much worse shape than he had imagined. His father was a gregarious salesman, but not much of a businessman. The shop owed more than it was worth, so selling was out of the question.

The only thing to be done was to work hard at turning it around. Ferrell dove in and got his hands dirty driving trucks and converting wood, oil and coal customers to propane.

But he knew doing installations with his three employees was not going to make him happy. In 1968, a small competitor in the next town was in trouble with his bank, so Ferrell – himself still in debt – convinced the bank to extend him credit for the $25,000 purchase.

It turned out that Ferrell had a knack for that sort of persuasion. He folded the competitor’s business right into his own, then repeated with another and another and another. “I was able to buy at a very reasonable return,” he explained. “I could make more on the acquisition than it would cost me in the business I was buying.”

When that well finally ran dry in 1994, Ferrell decided to go public as a master limited partnership traded on the New York Stock Exchange. A private individual, it wasn’t something he relished, but at that point he owed $300 million to $400 million, and he needed equity. Looking back, he acknowledged that others who pursued an MLP after him structured theirs better. But that happens when you’re the first, and he says it has never bothered him.

Taking calculated risks is part of the game, and sometimes you make mistakes.  “If (I was) more prudent, more conservative, not really sticking my neck out, I’d still be in Atchison, Kansas, driving a truck,” he said.

While he wasn’t the first to pursue an MLP, he was the first to do so after Congress revised the law, and it paved the way for others to follow. It was a big turning point for his company. Looking back, he said, he wishes he had found another way to continue to borrow money.

But in 1986 he had bought Buckeye Pipeline’s propane assets, propelling Ferrellgas from a regional into a national company, and the cash infusion helped. “It was a big bite and transformed the company dramatically,” he said.

Those kinds of major acquisitions are not his focus these days, although he points to Amerigas’ acquisition of Heritage Propane as an example of the consolidation he expects will become commonplace in the industry. Instead, he wants Ferrellgas to continue its acquisitions of smaller companies while concentrating on being efficient.

Having relinquished leadership of the company, those decisions are not his alone. Today, the company is run by Stephen L. Wambold as chief executive officer and president, with Ferrell as chairman. It gives the 72-year-old more time to spend with his wife, “Zibby,” two daughters, whom he admits did not see him much when he was building his business. He calls that kind of life balance a “myth.”

Perhaps because it was instilled during his military days, or perhaps because he’s always valued the ethic of hard work, the self-proclaimed workaholic always rose at 5 a.m. in order to be the first one at work, when it was quiet and he could work without interruption. He often returned home late at night, working “as long as it takes.”

Sometimes that work took him to Paris, home of the World LP Gas Association, where he served as president for two terms in 1998 and 2000. He also contributed to industry leadership at the national level, serving as a counselor for the Propane Education & Research Council, and chairman of the Propane Vehicle Council.

In his semi-retirement, Ferrell allows himself one more hour of sleep, and he takes a lunch break. He grudgingly admits he’s “a little slower than I used to be.”

When he’s not managing Ferrell Capital Inc., where he tinkers with private equity opportunities in real estate, banking and dental practice management, he is reading history, usually about ancient Rome, Greece and the Byzantine empire, and more recently about the Vietnam and world wars.

Wambold says Ferrell loves work and has “a very active mind” for “building things,” and he sees the business ramifications of each step. But he always recognized the value of his people.

“His passion is out there,” said Wambold, who first met Ferrell when the then-CEO visited his branch “in the middle of nowhere.” “He hates the office, hates the phone. He likes to be out with people; that’s where he’s at his best.”

While Ferrell holds high standards for his staff and colleagues, he is always fair, Wambold said. And he’s never afraid to speak up if he thinks the industry is headed in the wrong direction.

“He’s the guy in the room who might be saying what others are thinking but don’t have the courage to say it,” Wambold said. “Sometimes those guys aren’t the most popular guys in the room.”

Dan Myers, who worked for 25 years as the chief lobbyist and chief staff executive for the National Propane Gas Association, called Ferrell “a dynamic guy” whose hallmark is trying to be two or three steps ahead of everyone else. He admitted he and Ferrell did not always see eye to eye, but he said he’s always respected him.

“If anybody’s going to move the needle in this industry, which is pretty conservative and resistant to change, it’s going to be Jim Ferrell,” Myers said. “And it was.”

Ferrell said he thinks his father would be proud of the business his little operation became.

“I did not start out with the idea of making a lot of money or making a larger company,” he said. “I just knew I wanted a better life, and I was brave enough to take on various challenges. When you start out with absolutely nothing, you don’t forget that. That’s the mentality you come with. You’re scrambling all the time to do something and as opportunities came, I seized them. Most of them worked, and something unimaginable for a small-town boy happened.”