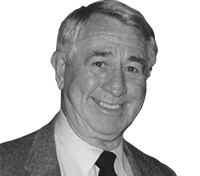 Even after he worked for and succeeded Jack Capps in the National Propane Gas Association’s (NPGA) highest position, Dan Myers gained further proof that his predecessor had made a sizeable impact and a lasting impression on the propane industry.

“Jack Capps was a real association leader in the Chicago community,” Myers recalls, referencing the association’s former home. “I would get calls from people I would meet, and they’d be calling for Jack. ‘Is Jack around?’ This went on for maybe five years after he retired.”

The community’s desire to speak with the executive vice president and general manager of the previously named National LP-Gas Association (NLPGA) was formed over 16 years of leadership, from Capps’ hiring in 1972 to his retirement in 1988, Myers says.

“Jack had a feeling about himself and a feeling about his job, and he knew what was going on everywhere,” Myers adds. “He had an intuitive ability to talk with everybody and get right to the core of the real problem. People appreciated that about Jack and understood how good he was at what he did.”

Capps was a consensus builder who helped the association work together to accomplish its goals, says Jim Bertelsmeyer, who founded Heritage Propane and sought Capps to sit on the former retailer’s board of directors after he retired from NLPGA.

“He was a great administrator; you could see that with his work with the association,” Bertelsmeyer says. “That kind of made him naturally curious as he talked to different people in the propane industry. He must have had a lot of those conversations.”

Conversing with people came naturally to Capps, who was born and raised in a simple farmhouse in Oak Brook, Illinois.

“He was very personable, very social. He really enjoyed talking to people and meeting people and hearing what made them tick,” says Leslie Barr, the youngest of five children of Jack and Estelle Capps. “Somebody once described, if you were talking to my dad at a big cocktail party with a lot of people, he would make you feel like you were the only one in the room. He had a great sense of humor and enjoyed telling jokes.”

Going out to dinner with Capps was always an experience, too.

“The waiter would come by and he immediately would make more of a connection than many people might with a waiter,” Barr says. “He made it a fun experience, not only dinner at a restaurant but for the waiter, too.”

Barr grew up in the Chicago suburb of Riverside, Illinois, and recalls her father taking the train into the city for some of his jobs.

Capps was a true patriarch of the family and showed a strong work ethic. He wore a suit to the NLPGA office every day and was home each evening for dinner with his family. But after dinner, he would spread his papers on the coffee table – he was a great note taker – and work for hours in the evening while the kids did their homework.

“He took a lot of pride in it,” Barr says. “Because he was the association head, he thought it was his job to make the owners of the propane companies’ jobs easier and let them shine.”

He approached each new president of the association in the same way.

“Some presidents were probably easier to work with than others, but he treated everybody well and with the same kind of integrity, wanting to let them shine,” Barr says.

When not spending time on work, Capps liked to golf. He was a handyman, taking pride in fixing things around the house and assembling new purchases without reading the instructions. He didn’t like to swear, choosing instead words like “dagnabbit.” He also made sure the kids did their chores.

Barr says her father’s work ethic, integrity and the way he treated people have remained with her to this day.

Capps helped to bring the association – and the propane industry – into a modern era. He was a staunch advocate for safety, playing a key part in the association’s creation of the Certified Employee Training Program (CETP), Myers says. The launch happened about one year before NLPGA’s name change to NPGA in 1988.

“CETP was a Jack Capps creation,” Myers says. “His idea was to have a program for the average guy working for a propane marketer, fit him with tools, test him and send him into the field. He brought a lot of responsibility to the industry that they didn’t have before – a whole different direction. Jack had a vision that this industry should be bigger than it is and we should capitalize on the industry.”

Capps also helped members with bankruptcy protection best practices and was an advocate for Good Samaritan laws. His desire to educate and expand the propane customer base of the day was reflected in creative industry marketing programs.

Capps wanted a big-name speaker who would tour the country and tout the benefits of propane. He got his wish. The industry secured actor Harry Morgan, who played Colonel Potter on the popular television series “M*A*S*H,” Myers recalls.

“Jack said we need to come up with new ideas and new programs that marketers can take advantage of and improve their marketing to their customers,” Myers says. “Everything we did throughout the ’90s and into the 2000s were programs originally created by Jack Capps in the 1970s. He was a brilliant guy.”

While Capps was focused on the domestic market, he also felt a need to extend the U.S. propane industry’s reach internationally. Estelle Capps recalls trips with her husband to meetings in Europe while he was working for NLPGA. After Jack Capps retired, the People to People organization asked him to lead propane delegations overseas, she says.

Capps’ retirement from NLPGA didn’t signal an end to his propane industry work, however. As he was ending his work with the association, Bertelsmeyer was launching Heritage Propane in Tulsa, Oklahoma, and assembling his board of directors.

“Jack had recently retired from NPGA, and I was just putting the company together and started thinking about all the well-known and smart people in the industry,” Bertelsmeyer says. “Jack was certainly around the top of that list.”

Bertelsmeyer sought Capps for his credibility, likeability and his long list of propane industry contacts. He recalls Capps’ enthusiasm when asked to join Heritage Propane’s board. The head of Heritage Propane also discovered something else about Capps.

“What I found out during the course of the board meetings was he actually knew quite a bit about operations and just general management of a propane company, and he was very insightful,” Bertelsmeyer recalls. “He made very legitimate and knowledgeable comments as we were talking about operations and acquisitions, and that was a surprise to me.”

Capps served on the Heritage Propane board from its launch in 1989 until his death in June 1997 at age 72. NPGA named him its Distinguished Service Award winner in 1996.

Estelle Capps, who still resides in Illinois, says her late husband “did a lot to change the industry” with safety initiatives and making propane industry connections internationally.

Jack Capps was also involved in the National Propane Gas Foundation Scholarship Fund, which benefits children of NPGA-member employees. An annual scholarship is given in his name.