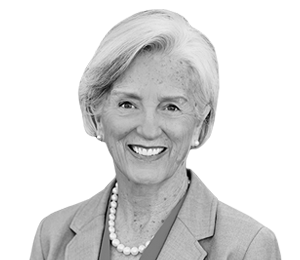 Nancy Coop has represented multiple sides of the propane industry, including equipment manufacturing, retail propane and association leadership. In every aspect of her career, Coop has been a strong and passionate ambassador for her companies and for the industry. Her most groundbreaking endeavor for the industry is her role as founding chairwoman of the Women in Propane Council, a National Propane Gas Association (NPGA) business council formed in 2012. Coop spent three years forming the groundwork, building support and establishing bylaws with a steering committee before presenting the creation of the business council to the NPGA Executive Committee for approval. She has continued her leadership on the council’s executive board. The Women in Propane Council provides career growth opportunities for all members of the propane industry. It supports the advancement and success of women in every scope of business operations and professional development. The council, which has grown today to about 500 individual members, including women and men, conducts roundtable discussions and holds educational sessions and seminars at industry events. It facilitates a mentorship program and offers leadership training. Coop officially started her career in the propane industry in 2005 when she purchased Jarco Inc., a propane truck manufacturer founded by her father, LP Gas Hall of Famer Casey Jarvis, in 1959. Prior to owning and serving as president of Jarco, Coop advised and assisted her parents with the business. She sold the company in 2010 and became a business development executive for Ferrellgas. She now serves as a managing director with the financial advisory professionals at Cetane Associates. Coop becomes the first woman inducted into the LP Gas Hall of Fame.