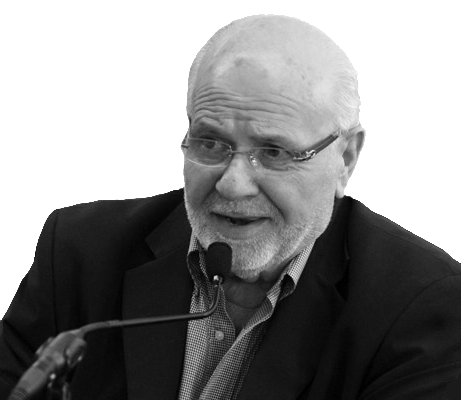 On April 12, Ramon González Sr., founder and owner of San Juan, Puerto Rico-based Empire Gas, was inducted into the LP Gas Hall of Fame, an honor that’s 66 years in the making.

A graduate of the University of Puerto Rico, González Sr. began his career in 1953, working as a door-to-door salesman at Esso Gas. Mentored by CEO Frank Fussell, he was eventually named general manager of Esso Gas in 1960; he held the position for the next six years. During that time, he increased the company’s LPG market share considerably – from 20 to 70 percent.

Shortly after Fussell’s retirement in 1966, González Sr. resigned from Esso Gas. Originally intending to establish an automotive distribution company in Puerto Rico, he was visited by a group of clients during his last day at Esso. While throwing him a farewell party, the clients learned about his decision to leave the LPG industry altogether. Shocked by his admission, they persuaded him to develop an LPG business instead and even offered to support him in its early stages.

“They were all willing to work with me,” González Sr. says. “My passion for the LPG industry had given me hope, which gave me fuel to create my own company. So, Empire Gas was born, a name I chose based on my vision to establish an organization that would become an empire.”

A dedication to service

Working alongside his wife, Ketty Simounet Bey, González Sr. created Empire Gas in his garage and began to visit every home in Puerto Rico. He was primarily interested in providing his fellow citizens access to a better way of living, a passion that still drives him to this day. In fact, González Sr. believes Empire Gas’ most important facets are based on service to the customer.

“I wanted Empire Gas to be a service company like no other,” he states. “I wanted it to get as close as it could to the customer. And with passion and patience, it has.”

Prior to Empire Gas, no company provided cogeneration systems to Puerto Rican clients. But today the company has three combined heat and power (CHP) sites, and another 12 in the making – the only energy company in Puerto Rico to offer such services.

As an example of its influence, shortly after Hurricane Maria struck Puerto Rico in 2017, Empire Gas was able to maintain the island’s propane supply. Within 24 hours of the hurricane, the company’s gas service was uninterrupted. And it was able to distribute LPG without any government interference 100 percent of the time.

“We were the first company out in the streets delivering. It was a big effort from every single employee (500 in all),” he explains. “Everyone did their very best and proved that Empire Gas is Hurricane Maria-proof, which is a unique advantage over every other competitor.”

He continues, “I believe Puerto Ricans got to know Empire Gas a lot better too. Small business owners and domestic clients alike understood that, although Empire Gas is an ‘empire,’ so to speak, it also has the heart of a small business, just as it had when it was first founded.”

Aside from its reputation as a service-oriented company that helps the less fortunate, Empire Gas is also renowned for its family atmosphere.

“I believe in building trust and can proudly say we’ve built a company with employees who feel they’re our extended family,” he emphasizes. “It’s an atmosphere of trust, equality and support. We are all equals and we all support each other equally.”

In addition, since 1985, González Sr. has employed each of his children: Ketty (assistant to the president), Waleska (subsecretary), Ramon Jr. (vice president and CFO) and Xavier (chief marketing officer). To continue this tradition, González Jr.’s son, Ramon J., and daughter, Mara, have recently joined the family business as well.

“Employing family has been a key contributor of Empire’s success,” he says. “It’s been such a blessing. There’s no one else to trust more than a family member.”

Currently an assistant to the vice president, Mara was inspired to move back to Puerto Rico (from the mainland United States) to help her family continue the legacy of her grandfather’s company, as well as his 66-year career.

“My grandfather had a vision and dared to see it come to life,” she states. “It didn’t matter how many hours a day or days a week he had to work, as he loved what he did. That taught me to give myself to what I love too.”

Through her role, Mara helps to coordinate business development, an opportunity that’s led her to realize the widespread impact her grandfather has had throughout Puerto Rico.

“After starting the LPG industry in Puerto Rico, he helped hundreds of small LPG business owners manage profitable businesses across the island,” she explains. “The fact that he’s well-respected in the smaller towns and suburban areas of the island is a testament to his legacy in the LPG industry.”

González Jr. agrees, adding that his father’s support of furnishing stores throughout the island (each town has roughly half a dozen), particularly during Empire Gas’ early days, showed his commitment to growing the industry.

“He’s always put his heart in his work. He has devoted his whole professional life to the LPG industry and given 100 percent every single day, hour and minute,” González Jr. says. “There’s no one more deserving of this induction than him. It’s so nice to see him being recognized for everything he’s done.”

As González Sr. reflects on the last seven decades, he is humbled by the distinction of being an LP Gas Hall of Fame inductee.

“I’ve dedicated all of my time to this industry, and even sacrificed other opportunities to continue my journey in it,” he states. “It’s an honor to be inducted. This has not only been my career – it’s been my life.”