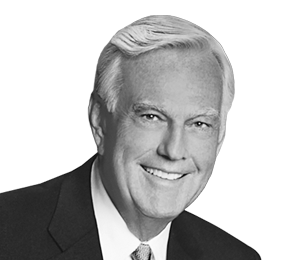 Having an underground propane storage cavern named in his honor puts Richard Barker in a unique category. Spearheading the project for a rural, independent propane company in Indiana helped to make product more readily available for marketers in the high-demand Midwest region. It also helped to one day cement his propane industry legacy. Propane customers within a 250-mile radius could obtain product from Silgas’ underground cavern in Seymour, Indiana. Completed in 1979, the cavern could store 21 million gallons of propane in an expanse of 10 acres. Barker sought the project after determining a 1.2-million-gallon aboveground tank farm in Seymour – which he designed – didn’t provide adequate storage capacity amid an unstable energy environment. When the energy crisis hit in the 1970s, Barker was serving as general manager and president of Silgas. That event forced him to think differently about the company’s operations. At its height, Silgas was wholesaling about 150 million gallons of propane a year for delivery to multistate retailers, to go along with its 18 million retail gallons. The company also developed standby plants for General Motors, Ford and other industries integral to the American economy. Barker was actively involved in the Indiana Propane Gas Association, conducting seminars for members on how to operate a propane business efficiently. Barker worked in the energy sector for much of his life. He joined his family’s oil and hardware business at 20 years old, later working for Redigas and Petrolane. Silgas was sold to Star Gas in 1988; Inergy acquired Star Gas in 2004. At Barker’s retirement dinner in 2005, Inergy unveiled the Richard R. Barker Cavern. Crestwood owns and operates the storage facility today. At 86, Barker resides in Sellersburg, Indiana, with his wife Donna.