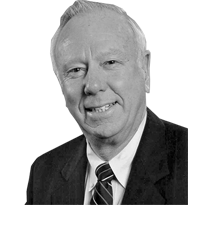 The growing number of rusty propane tanks in use during the 1960s and ’70s was a threefold industry problem to Bob Nicholson, now the 84-year-old chairman of the board at Eastern Propane Corp.

To Nicholson, rusty tanks were a safety issue because they increased the possibility of leaks. They were a cost issue because tanks that were too far rusted were better used as scrap than as assets on a propane marketer’s balance sheet. Rusty tanks were also a marketing issue, Nicholson believed, because the images such tanks conveyed were that propane was dirty and dangerous.

As the founder of the Abrasive Blasting & Restoration Technology Corp., a specialized metal surface preparation and coating company, Nicholson had the resources to research coatings and improve the protection tanks received. But the newly coated tanks he shared with the National Propane Gas Association’s (NPGA) Technology & Standards (T&S) Committee over time weren’t yet acceptable, as the area underneath the tank’s data plates wasn’t receiving the necessary protection.

“The shells of the tanks my father was bringing in were fine after sand blasting, priming and top-coating, but an area you could not get to was underneath the data plate,” says Rob Nicholson, Bob’s son, who’s currently president of the Oak Ridge, N.J.-headquartered Eastern Propane. “The data plates were not seam-welded, aluminum or stainless steel. They were carbon steel and stamped. If your data plate fell off the tank or became illegible, it is scrap and is not allowed to be reinstalled.”

This reality wasn’t acceptable to Bob, who initiated an effort to mandate stainless steel data plates on American Society of Mechanical Engineers (ASME) containers. Bob was ultimately successful in the initiative, which is one of many on which he’s embarked during his illustrious 75 years in propane.

“It was a win-win for Dad, the company and the industry because he fixed this for marketers of North America,” Rob says.

Bob’s passion for propane actually developed in 1938, when his father, Robert Nicholson Sr., established the Modern Gas Co. and installed the company’s first two tanks with his then 10-year-old son. The company was later renamed Cyl-Gas, and Bob partnered with his father in the business in 1954 upon his return from the U.S. Navy.

At the time of Bob’s return, the company was solely a cylinder exchange business. But Bob saw bigger opportunities for Cyl-Gas, adding bulk storage tanks, transitioning the business to bulk delivery and adding larger commercial and home heating accounts. According to his son, Bob also had the vision to see opportunities in water heaters, lighting, air conditioning, engine fuel and other appliances.

“Dad saw the future,” Rob says. “He said bulk tanks and bulk deliveries, which would be less labor intensive, were opportunities to create greater efficiencies. He was the first one in the area to do some of those things. Dad added his first propane-powered bulk truck in 1955 because he saw engine fuel as the future.”

But Bob’s legacy within the propane industry is largely rooted later in his career. His contribution in the development of stainless steel data plates used on ASME containers is one major achievement. His role in authoring the industry’s first Good Samaritan law is another.

“This was initiated in the 1970s, because he was told that from a liability standpoint, [marketers] are not protected if you go into some other company’s gas leak,” Rob says. “To think that you’re personally liable for trying to help someone is wrong.”

To educate other marketers about the liabilities in the 1980s, Bob and his daughter, Debbie, an attorney, launched a series of mock trials that were hosted at various industry events. The mock trials put marketers on a “witness stand” and raised questions many hadn’t previously considered.

“This goes back to the days when you might not even have a file for a customer,” Rob says. “People had their eyes opened at these trials. They were coming away from our national propane meetings and conventions recognizing their vulnerability as we were moving forward into a much more litigious society.”

A gas check program and form evolved from the mock trials, Rob adds, and the Certified Employee Training Program (CETP) was later developed.

“I think gas check evolved during and as a result of the mock trials, because the industry was becoming more aware of the risks and exposures,” Rob says. “The gas check program and form that came out of this assisted in limiting your exposure and liability. If something happens, it is a strong line of defense for you because here’s the documentation of what the service technician did. If that is in the file and brought out at a time of an incident, your risk is going to be much lower.”

According to Rob, his father was also the creator of the industry’s first emergency response kit in the early 1980s.

“It was a toolbox that had the gas fittings, caps, plugs, special tools, gloves and goggles needed to protect yourself and stop a gas leak in up to a 2-inch-diameter line size,” Rob says.

Three decades later, Bob is still involved in the propane industry and his businesses, which include Lakeland Bank, headquartered in Oak Ridge, N.J. Perhaps his latest contribution to propane is the proactive role he took in making sure the industry’s centennial was celebrated last year.

“Dad is a planner,” Rob says. “He started making inquiries three years ago about whether anything was going to be done for the 100th anniversary of the invention of propane. It didn’t really seem like there was going to be too much of an effort.”

Bob’s vision was to have the entire industry, from the Top 50 Propane Retailers and independent marketers to distributors, use the centennial as an opportunity to tell their company’s story – as well as propane’s story – in their community. He gave a presentation to NPGA’s board of directors asking for an official celebration, and the board unanimously approved his request.

“Whenever Dad sees something that should be done, he’s going to grab the bull by the horns and march it forward,” Rob says.

Bob, who served on NPGA’s board for more than 30 years, has exhibited leadership in the preservation of the industry’s history, as well, with his propane-related contributions to the National Museum of Industrial History in Bethlehem, Pa. He has a warehouse with several historical items that are waiting to be moved into the museum, including historical documents, some of propane’s first regulators, and containers Walter Snelling originally used in his development of propane.

“Dad has always been tireless and [exhibited] incredible energy,” says Rob, whose parents are celebrating their 60th anniversary this year. “He’s always up early and still goes to bed at like 11:22 each night because he doesn’t need to see the sports, but he does want to see tomorrow’s weather.”