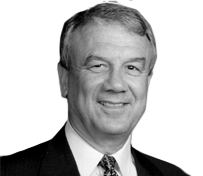 It may as well be the 1970s. Gasoline prices are high and climbing, and Americans once again are thirsting  for alternative fuels to power their vehicles.

For Bob Myers, it is all too familiar.

Forty years ago those same circumstances drove him to launch a 50-year, globe-trotting career promoting propane as an alternative that could soften foreign oil dependency and boost offseason load for the propane industry.

Myers began his propane career in the early 1960s as a Petrolane driver trainee in Idaho. His technical understanding of and commitment to the motor fuel cause led to his direction of the company’s initiative to operate 20 autogas conversion and service centers across the country. He then went on to become a global expert and consultant on the use of propane as a motor fuel.

As today, the propane industry in the 1970s was subject to great seasonal swings in usage and demand (as propane marketers across the nation will attest at the conclusion of this year’s exceptionally mild winter heating season). Petroleum shortages and soaring prices created a worldwide energy crisis that greased the skids for Petrolane’s investment in vehicle conversions.

About the same time, California was battling through its storied smog days. Myers said it didn’t hurt his industry’s cause that clean-burning propane also offered a more environmentally friendly alternative.

“We had a strong foundation,” he said. “We knew we had a good product.”

The ensuing decade brought great growth and promise as many California public agencies and businesses embraced propane for their fleets. Tens of thousands of vehicles were converted from gasoline or diesel to cleaner, cheaper propane.

“There wasn’t any particular brilliance in this,” Myers admitted. “We were just capitalizing on common sense.”

But the impressive growth of the market niche that showed such promise practically screeched to a halt in the 1980s, when federal regulators ruled that propane engines and their related components were subject to the same scrutiny as their gasoline-powered counterparts. The Environmental Protection Agency demanded separate emissions certifications for each of the many types of fuel system conversion equipment for engine families.

The price tag for conducting full certification laboratory testing ran between $125,000 and $250,000 for each engine family – a staggering amount given the variety of engines and parts and conversion kits being produced. The time-consuming, expensive process effectively dried up the U.S. aftermarket conversion marketplace.

“We were kind of victimized by that set of circumstances,” Myers said.

When he left Petrolane, Myers immersed himself in the LP Gas Clean Fuels Coalition that led to propane being recognized in the landmark Clean Air Act of 1990 and the Energy Policy Act of 1992. He also began working as an adviser for the Western Propane Gas Association, the California Air Resources Board and Energy Commission and the Propane Education & Research Council – roles he still partakes.

Brian Feehan, president of the Industrial Truck Association and former vice president of engine fuels for the Propane Education & Research Council, has collaborated with Myers on motor fuel projects for more than a decade. The two worked shoulder-to-shoulder in a small office in Paris in the late 1990s on behalf of the World Propane Association.

It was there, Feehan said, that he really got to know firsthand and appreciate Myers’ influence on behalf of the industry and particularly the autofuel market.

What impresses Feehan most is Myers’ ability to speak the industry’s technical jargon with techies and the bureaucracy language with government officials. Feehan confides that he thinks Myers is most comfortable talking the nuts and bolts side with the frontline workers in the field.

“I consider him a mentor,” Feehan said. “He is a very unique and special person.”

Myers finds it ironic that he foreign leaders seem to be more receptive than Americans to the notion that propane could be a viable alternative to traditional petroleum fuels that hinge on global politics. After all, don’t Americans want to reduce their dependence on foreign oil?

“I had a good audience in many of the foreign countries,” said the man who has literally carried the propane cause to the soil of all seven continents around the globe.

“There’s no question that Bob is one person who wholeheartedly deserves to be in the Hall of Fame,” Feehan said.

Dan Myers, who worked for 25 years as the chief lobbyist and chief staff executive for the National Propane Gas Association, said when it comes propane-fueled vehicles Bob Myers (no relation) was and remains the go-to guy.

“He’s the kind of guy, you give him a project and he gets his teeth in it and he won’t let go,” Dan Myers said. “He’s tenacious.”

If you ever needed data on the subject or an expert, Bob Myers is the one to call.

“He’ll either have it or dig it out for you,”  Dan Myers said.

It is important to note, said Thomas Nunan, who has known Myers for more than 35 years, that although he was working as a consultant for hire, his friend “would help out at no charge” those looking for a little expertise on a project.

Nunan, who worked alongside Myers at Petrolane, said his friend was a driven leader in the industry.

He remembers Myers attending school to get his master of business degree all while juggling his duties then as Petrolane’s vice president of marketing.

“I think that’s quite admirable,” he said.

Although many remember Myers for his work in the autofuel area, Nunan said he also should be honored for marketing the industry as a whole and for the long-range planning he encouraged.

“It’s important to note that he made a significant impact in the industry,” he said. “He did move the needle.”

Now living in Colorado, Myers said he still believes in the autogas market and is encouraged by signs that it is gaining traction.

“I am very encouraged that we are going to have an impact again,” he said.

But the notion that his work merits induction into the industry’s Hall of Fame is testing his humility.

“This is terribly humbling,” he said. “I am just a peddler who has been around for a while and stayed vertical.”

Myers thinks back on all the hard work by those “pioneers” in the burgeoning days of the industry and notes they are the ones who should be in the hall.

“They left a footprint that I was able to put my foot in,” he said.