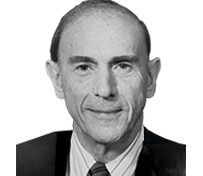 Ira Cleveland put in nearly 20 years at Petrolane, but he was looking for a career change in 1985 that would take him closer to home.

Cleveland had worked out a new job at Lampton-Love, another retail propane company with operations across the Southeast. Cleveland’s decision to join Lampton-Love, a company Robert Love co-founded, was validated after he spoke with Petrolane’s Gene Adkins.

“[Adkins] told me I wouldn’t work for a better man than Mr. Love,” says Cleveland, who still works at Lampton-Love more than 30 years later. “And Mr. Love was his competition.”

Those who knew Love, who died in 1993 at age 62, still hold him in high regard. Love was highly dedicated to his employees and the Mississippi-based retail company he helped launch. Yet, he devoted tremendous energy to state and national propane association affairs, ascending to board president at both levels while earning accolades along the way.

Love, who lived in Jackson, Miss., with his wife, Tressa, served in every capacity with the Mississippi Propane Gas Association. He received special recognition for 25 years of dedicated service to the association. The National LP-Gas Association noticed Love’s work in Mississippi, too, naming him a State Director of the Year in the mid-1980s.

Love also served on the national association’s board dating back to 1977. He chaired its executive committee and was elected National Propane Gas Association (NPGA) president in 1990.

“He identified with the small marketer and he ran his company that way,” says Dan Myers, former CEO of NPGA.

Love’s role in the formation of the LPG Risk Retention Group, which became a successful underwriter of liability insurance for its stockholders, is one example of how he stood up for small marketers everywhere.

“Everybody was going through problems as retail marketers trying to get insurance,” Myers says. “A lot of marketers were dropped by their insurance company. What Robert, Bill Denny and a few others did was put together this group as an effort to provide liability insurance for those who couldn’t get it elsewhere.”

Marketers across the United States welcomed the program in the late-1980s and 1990s. The program collectively leveraged propane companies to secure liability insurance for those in the group.

“At the time, it was a godsend,” Myers says. “Everybody who signed up for it was very appreciative and really felt their liability insurance problems had been met by this group. It helped marketers survive.”

“Bringing marketers together helped educate the small dealers on safety and what they needed to do in this group,” says Rusty Easterling, vice president of retail operations at Lampton-Love. “Bigger companies would educate smaller companies on safety. He was influential in making the group stronger.”

“He loved the industry and helped many people get their start, whether that was by setting them up with a bulk plant and letting them pay it back by buying wholesale gallons or by buying a load of tanks,” says Rob Love, Robert’s son, who took over Lampton-Love after his father died. “He helped many people in the industry along when they needed it.”

Of course, some marketers who gained from Love’s generosity didn’t reciprocate the kindness he showed, Rob says. Favors done for other marketers weren’t always returned, but Love’s approach positioned Lampton-Love as a well-liked, well-respected company.

“I don’t think [the generosity he showed] happens as much anymore as it did back in the day when the business was young and you were trying to give independents a chance to open up their business,” Rob says.

Love’s approach also helped to position his company for growth – even after his death. Today, Lampton-Love has 28 operations across Alabama, Louisiana, Mississippi and Tennessee. According to Rob, the company retails about 24 million annual gallons of propane today. Lampton-Love sold about 16 million annual gallons around the time of Love’s death.

“We’ve always been interested in growth,” says Leslie Lampton, who co-founded Lampton-Love in 1956 and serves as chairman of parent company Ergon. “While I was busy with Ergon, [Love] put his heart and soul into growing Lampton-Love.”

Acquisitions drove some of Lampton-Love’s growth.

“We turned down more businesses to buy than we bought, but we bought all the good expansions,” Lampton says. “We wanted to grow over toward Alabama, and we grew it south and a little bit north. We tried to get into Georgia but never did. We got a little bit into Tennessee and Louisiana.”

Love was also interested in growing the company’s gallons in new markets.

Love is also remembered for his unique personality. Those who knew him describe him as determined, serious and sincere. Those same people recall his meticulous nature.

“He always carried a jar of honey with him wherever he was, and he would use it to sweeten tea, coffee or anything else requiring sweeteners,” says Myers, an LP Gas Hall of Fame inductee. “He was very careful to avoid anything that would cause a disruption in his good eating habits.”

“I gather this went back to his early childhood,” Myers says. “I don’t know if his parents taught him these practices, but the crease in his trousers was always just perfect. He would sit down kind of carefully, cross his leg and then take a moment to line out that little crease down the front of his trousers from the pocket. He was like that about everything.”

Easterling has similar memories of Love.

“When you got in his car, you made sure your feet were clean,” Easterling says. “He kept his car swept out. Everything was clean and neat.”

Even Lampton was served the reminder before entering Robert’s car, Rob says.

“Mr. Lampton tells stories about early in their partnership how my dad had a feather duster in his car and he made him stand out there to dust himself off before he got in,” Rob says. “He was neat and meticulous like that.”

Although Love was generally a serious man, friends say he had a one-of-a-kind sense of humor.

“He had dry humor,” Lampton says. “He told funnies that were funny to him that maybe weren’t to someone else.”

Love’s unique sense of humor also stood out to Myers.

“He had a good sense of humor, but you very rarely saw him laugh,” Myers says. “He often would come out with little asides and remarks that would send everybody splintering on the floor.”

Myers recalls that Robert’s word was his bond.

“I cannot remember any issue during his term of [NPGA] office that wasn’t addressed and handled,” Myers says. “He was a very earnest man who followed through.”

Robert followed through on his duties as NPGA president despite a cancer battle he fought during his term and thereafter.
“I know it was a struggle, from what I remember, for him to fill his term,” Easterling says. “He was very health conscious, and it was a shock to find out he was sick.”

Still, Love carried himself with grace and dignity through his dying days.

“Robert was truly one of the extraordinary elder statesmen when I joined the industry in 1989,” says Rita Pecilunas, president of Strategic Marketing Resources. “He was a successful and powerful leader without ever wielding his power in a way that was anything other than graceful, diplomatic and that of a true gentleman. He spoke to everyone, and listened to and respected their opinions – whether they were a high-level executive in the industry or a newcomer.”

What others say about Robert Love

Following Love’s July 1993 death, the Mississippi Propane Gas Association (MPGA) published a lasting tribute to him in the July-August 1993 edition of Propane Prophet, an MPGA publication. Here’s a sample of the reflections those in the industry shared with MPGA about Love:

“I consider it a great privilege to have had Robert as a friend and fellow member of the propane industry. He was a true gentleman, a man of grace and principle who possessed a keen mind and quick wit. An untiring and unselfish work for what he believed in, he provided outstanding leadership for our industry at both the state and national level. He had the respect of all who knew and worked with him.” — John Blossman, Blossman Gas Inc.

“I had such great respect for Robert Love’s business judgment. When the really hard decisions affecting our industry had to be made, he had the unique ability to cut right to the heart of the issue and he made the right decisions. In his sincere, well-organized way, he got the job done with little fanfare.” — John O’Neal, O’Nealgas

“Robert Love was not only my boss but one of my best friends and one of the most caring persons I have ever known. He would never do anything that may jeopardize his word. His word was his bond. [He] no doubt [was] one of the finest all-around men I have ever known.” — Jesse Jones, Lampton-Love Inc.

“We can never say enough about Robert Love. The propane industry was his life other than his family and church. He was a great man in my life, and it was a great honor to just be associated with him in all the state and national activities.” — Perry Henderson, Rogers LP Gas Co.

“Two words always come to mind when I think of Robert Love: integrity and friend.” — Chuck Brandon, National Propane Gas Association
“Working as Robert Love’s assistant was an experience I shall always treasure. He was a kind, compassionate person who always took the time to express his appreciation, as well as demonstrate thoughtfulness to others. His dry wit and sense of humor helped make my job a real pleasure. As I described him to others many times, Robert Love was a true southern gentleman who was respected and loved by all who know him.”
— Susan DiFatta, Lampton-Love Inc.

“Robert Love was a man of high moral character, committed to ethical principles personally and professionally.” — Milford Therrell, Squibb-Taylor
“A business partnership is better than most marriages. Robert and I were partners for almost 40 years, and I don’t believe we ever had a bad disagreement in all of those years. This was not a credit to me, but to Robert. He was one of the kindest, most thoughtful individuals I have ever known.”
— Leslie B. Lampton, Ergon Inc. and business partner at Lampton-Love