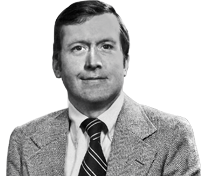 The meeting had adjourned, and board members of the National Propane Gas Association (NPGA) were already leaving the room. But Sam McTier, the officer running this late-1980s meeting, had forgotten to bring up one critical item for discussion.

“After the meeting, I said we had forgotten to take a vote on sending our membership fees to the World LPG Association (WLPGA),” says McTier, a former RegO sales representative. “When I did that, a couple of people got up and said, ‘Why do we need to send any money to them?’ It went like that, with people already leaving. I couldn’t get a vote to send in the fee.”

The incident went down as one of McTier’s most embarrassing moments, he says, but it also reflects the industry’s feelings toward the World Liquefied Petroleum Gas (LPG) Forum, as it was called at the time. In addition, considering the international organization is nearing its 30th year and retailers in the United States and around the world continue to support WLPGA, the incident says something about Stewart Kean, the New Jersey propane retailer who had the vision to establish the World LPG Forum.

“Stewart is the one who really started it all for the United States,” McTier says. “It’s interesting now that we were so negative in the industry then and that no one seemed to see the value of being involved in the world group. I was flabbergasted over that.”

WLPGA has grown since Kean first saw his vision through in 1987 with Irish retailer Denis Shelly of Calor Gas, who both brought the world propane industry together to share best practices and discuss ways to grow globally.

“It was something Stewart wanted to do because he was coming up to the end of his [National LP-Gas Association] term and he wanted to finish it with a transition to president of the world forum,” says Daniel Myers, former associate counsel and director of legislative services at NLPGA, and an LP Gas Hall of Fame inductee. “It was sort of a natural progression for him.”

WLPGA has progressed over the years, as well. According to WLPGA’s 2014 annual report, the association is made up of more than 200 member companies and organizations operating in more than 125 countries. WLPGA’s members are active on six continents, and the annual World LPG Forum attracts thousands of delegates each year.

That’s a far cry from the 250 delegates who attended the first U.S.-hosted forum in San Francisco in 1988.

“The World [LPG] Forum at that time was something that was unexpected to the average LP gas person,” says Gerard Stocker, president of Thomas Associates, an engineering design firm specializing in propane systems. “It took everyone by surprise.”

“It wasn’t accepted by a lot of people in the propane industry because they were so local that they didn’t think we needed to know anything about other countries,” he says.
Although the U.S. was largely resistant to the organization at the time, McTier saw value in the world group. Others within the U.S. have warmed up to it since.

“I got really involved with it early because I felt we were crazy not to get involved in the world group,” says McTier, who was inducted to the LP Gas Hall of Fame as part of its inaugural class. “Not only would it be interesting, but it would be a learning process. We could share ideas with others and make our whole industry better.”

Kean, who died in 2002 at age 68, served as the first president of the World LPG Forum. He saw an opportunity for the U.S. to build propane markets around the world and increase the use of propane globally.

“This is an organization committed to the future,” says Kean, in an article that appeared in LP Gas’ August 1987 issue. “Industry leaders in countries that have relatively mature markets are standing ready to assist other nations, which are beginning to develop their LP gas industry. The World LPG Forum will help direct the development of this international community.”

“I think basically it was a situation where the propane and butane business was very fragmented around the world,” says John, who was a CEO of NUI Corp., a New Jersey-based company that operates natural gas utilities. “They really needed some entity that would be a single voice for the propane industry, particularly in developing countries. The sole means of cooking in many countries is propane or butane, so there was a lot of need and interest throughout the world to learn more and be able to work together through their business.”

According to John, Stewart’s propane career started with New Jersey-based Elizabethtown Gas Co., which was a subsidiary of NUI Corp. Stewart led a service department at Elizabethtown Gas, John says, and his talents shone while there.

“He had done a really outstanding job in setting up a dispatch system,” John says. “They were working on computer-driven orders for when people came in for service. He did a great job at that.”

Stewart’s performance at Elizabethtown Gas earned him a greater opportunity with another NUI Corp. subsidiary called Utility Propane. According to John, Stewart took Utility from a concept to a viable propane company.

“Initially, because my company was in the natural gas business, we found we could not extend mains to reach customers,” John says. “But we didn’t want to lose them for gas. So we developed a system where we would install an underground distribution system, but we would service it with propane.”

“In those days, the local commission in New Jersey limited us to the amount of dollars we could use to extend those mains,” John says. “It made it almost impossible to pick up rural areas except through this utilization of propane. Utility Propane became a very successful project.”

Bob Nicholson, chairman of New Jersey-based Eastern Propane Corp. and a member of the LP Gas Hall of Fame, remembers Utility Propane as a good operator and a fair competitor. He also remembers Stewart as a friend.

“Whenever there was an Atlanta convention, he would call to get together,” Nicholson says. “Just think about that: one of your competitors calling you to get together. But I’ll bet we did that four or five years in a row.”

Utility Propane was sold in 1989, and from there Stewart joined an oil and gas company involved in the exploration and development of natural gas, primarily in the Gulf Coast region. According to The Morning Call of Allentown, Pa., Utility Propane sold 11.4 million gallons of propane in its last full year of operation.

Stewart was an active member during his 20 years in the propane industry, though. He was active in the New Jersey Propane Gas Association and NLPGA, serving terms as president of both organizations.

“His brother (John) was president of the American Gas Association at about the same time Stewart was president of our association,” Myers says. “It was kind of unique to find their relationship between the propane and the natural gas industry.”

Unique as the relationship was, it worked for a number of years for NUI Corp. and Utility Propane, which Stewart molded into a well-respected propane retail company.

“This was a guy who could make things happen,” John says. “He was a guy who had incredible loyalty. His employees loved him. As a result, they really missed him when he was gone.”
McTier has hardly missed a World LPG Forum in the event’s history. He offers Stewart credit for launching the event and bringing the global industry together.

“He was a big star for starting the World LP Gas Association,” McTier says.