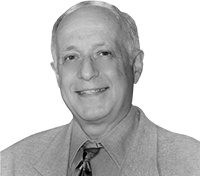 Whether of the National Fire Protection Association (NFPA) technical committee kind or of another variety, committee members tend to spend the first day of a meeting covering a number of topics, as those in attendance are usually eager to discuss matters of self-importance.

By a meeting’s last day, a committee sometimes faces departure with unfinished business. Because of disagreements that slowed a committee’s progress, a significant decision or two might get tabled to the next get-together, perhaps six months down the road. And no one prefers to delay business like that.

So it was at those critical moments that Lemoff stepped in.

Lemoff, a principal gases engineer who served NFPA as staff liaison to the committees overseeing the Liquefied Petroleum Gas Code (NFPA 58) and the National Fuel Gas Code (NFPA 54), had a unique ability to bring a group together. As staff liaison, Lemoff could sift through individual differences and focus a committee on the big picture.

On many occasions, he brought committee members together starting with six words that evolved into a catchphrase: “Mr. Chairman, if I might suggest.”

“Ted was very good at taking us in the right direction,” says Bill Young, vice president of engineering at Superior Energy Systems, who was a regular at NFPA 58 meetings when Lemoff was staff liaison. “He never gave a strong opinion. He just tried to direct people so they would come up with the proper answers to things.”

A guide like Lemoff is invaluable to committees’ work, Young adds.

“On committees, you often end up with a little bit of tunnel vision,” he says. “Each person has a niche they’re in, but Ted would bring a perspective no one had thought of prior. Sometimes, we would get tied up with the twigs and we wouldn’t see the trees, let alone the forest.”

At NFPA, Lemoff’s ability to see the big picture wasn’t limited to committee meetings. He took a similar approach as the editor of the Liquefied Petroleum Gases Handbook and the National Fuel Gas Code Handbook, steering those publications through a combined 14 editions.

Lemoff led the Liquefied Petroleum Gases Handbook through eight editions after succeeding Bill Walls, the previous editor who co-authored the 1986 edition, spanning 381 pages, with Walter Johnson and Emerson Thomas. The handbook grew considerably when Lemoff took over as editor, reaching 507 pages by its third edition (1992) and 593 pages by its eighth (2008).

The handbook expanded over the years in part because Lemoff wanted to provide context to codes and standards.

“There are some sections where the requirement is a paragraph but the commentary runs a full page,” says Richard Fredenburg, LP gas engineer at the North Carolina Department of Agriculture and Consumer Services. “In some cases, the history and background of a requirement are there.”

The added information serves to ease the minds of industry personnel and code enforcers who might otherwise have lingering questions about a standard, Fredenburg says.

“Ted took something that was good but basic when he came into the job, and he expanded it into something that is quite useful,” he says. “My inspectors use the handbook when they’re looking up rules, and they can use the commentary to understand why it’s that way.”

Lemoff’s incorporation of photographs and illustrations offered the industry added clarity on codes and standards.

“We improved the artwork significantly over time,” says Lemoff, who has worked as an independent consultant through TLemoff Engineering since 2010. “Most of the artwork came from old NPGA (National Propane Gas Association) safety bulletins. I made a push for pictures, and over time you find friends who are good photographers.”

To Lemoff, adding context to the codes and standards was a must. He saw the value in publishing additional information after experiencing a number of NPGA’s Technology, Standards & Safety (TS&S) Committee meetings in his early years at NFPA.

“That’s where I really learned,” Lemoff says. “I’d listen to the discussions, and when you have a lot of senior people talking about things, they might jump to conclusions and don’t necessarily talk about the basics.”

So the handbooks became the place to discuss the basics.

“It’s one thing to write the code and another to take the time to understand it,” Lemoff says. “I always felt it helped those who use the codes get a better position. They would know a code was well thought out and one you want to use.”

The development of the Fire Safety Analysis Manual also came about under the purview of Lemoff, as well as co-author Phani Raj. According to NFPA, the manual is a tool used to assess the level of fire safety performance that a specific facility or bulk plant can be expected to provide. The Propane Education & Research Council (PERC) funded the manual through NPGA. NFPA was the principal contractor for the manual’s first edition.

“It was published and very widely accepted,” Lemoff says. “I have heard people say it’s been one of the best things PERC has ever done.”

Still, Lemoff went beyond the handbooks and other publications to explain NFPA codes. He delivered seminars across the United States and to other parts of the world, including Argentina, Brazil, Chile and Mexico.

Lemoff even learned Spanish, giving him the ability to converse on NFPA codes and standards with those interested in other nations.

“I tried to talk as much as I could without being on the road all the time,” he says. “I just thought it was helpful to my employer.”

Lemoff says his role at NFPA was perfect for him. He made a few career stops prior to joining the organization, applying his acumen as an engineer at four companies between 1967 and 1985.

Ultimately, though, Lemoff was called to the propane industry, where he saw a job opening for an engineer at NFPA. Lemoff didn’t possess all of the qualifications for the job, he says. But, as he points out, a job’s true requirements are never really promoted in a want ad.

So Lemoff applied for the job, got it and did a lot of listening in his first years to establish a footing.

“It was my job to answer questions on [NFPA] 58,” he says. “Questions would come in via faxes, and initially I didn’t know what I was doing. I would call the former NFPA staff liaison and the committee chairs in certain areas. After a while, I figured it out.”

“There’s always someone who feels the code is being unfair,” he says. “You have to explain why it’s fair. Sometimes people don’t want to listen. I can explain it to you and you can disagree – and that’s fine – but if you don’t like it then you can fill out a form. You can come to a committee meeting. Sometimes people come and they are successful.”

Yet, at other times they are not. On those occasions, Lemoff might feel the ire of industry stakeholders who may have forgotten or perhaps not realized he writes the codes while committees decide on them. But Lemoff regularly kept his composure, according to Young.

“I never heard him say a cross word,” Young says. “He just seemed to get us all in the right direction. Sometimes he wouldn’t happen to agree, but he recognized that it was your committee. He recognized his function was not to make standards but to get the committee to work toward the development of a standard.”