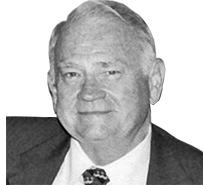 There are two kinds of salesmen: One who sells like crazy and one who sells with a focus on the customer.

Propane industry leaders say Thomas Nunan Jr. had both of these characteristics as a propane salesman.

“He had a salesman’s personality and he genuinely cared for you,” says Mark Alexander, retired CEO of Suburban Propane. “For customers and friends alike, things were always personal with Tom Nunan. You had a conversation with him; you felt like you were important. That’s why he was good at sales.”

Many in the propane industry describe Nunan as stimulating, energetic and confident. These characteristics helped to make him an outstanding propane salesman.

“He loved to motivate people,” says Billie Nunan, his wife. “One man told me after hearing Tom speak that he just couldn’t wait to go out and sell propane. Another man told me that Tom’s speech came across as enthusiastic as a preacher at a revival.”

During his career, Nunan contributed his time to the National Propane Gas Association (NPGA), the Propane Education & Research Council (PERC), the Young Gassers association and the Ancient Gassers group. With NPGA and PERC, Nunan boldly shared his opinions and expertise at meetings.

Alexander says it was because of Nunan that Suburban Propane remained involved with NPGA in the late 1990s. He adds that Nunan was instrumental to PERC as one of its first members, taking part in some of the council’s earliest decisions. In fact, Nunan helped to develop PERC’s original grant review process.

“People would give Milford Therrell the nod as main champion for the formation of PERC,” Alexander says. “But I know [Nunan] was right alongside him through the process.”

Nunan did not go to school with the intention of pursuing a sales career. He attended the University of Kentucky and received a bachelor’s degree in management.

Within a few days of graduation, though, Nunan entered the propane industry as a salesman for Protane Corp.’s Louisville, Ky., location.

“I remember his first day of work out of college,” Billie says. “June 6, 1955, Tom entered the propane industry. All before that, he’d only worked at a grocery store.”

Nunan and Billie were married only a couple of months after he began work with Protane Corp. Because Nunan was an earnest salesman, the Nunan family moved often, as he received promotions and new positions.

“We moved many, many times,” Billie says. “We would pick up the kids and off we’d go.”

Throughout Nunan’s career, Billie says, the family lived in Ohio, Kentucky, Indiana, Tennessee and Florida, and it ended up in California in the latter years of his career.

Nunan stayed with Protane Corp. until 1965 when, Billie says, Union Texas hired him to sell propane with Green’s Fuel in Sarasota, Fla.

Bob Myers, then the director of sales for Petrolane, noticed Nunan’s sales efforts when he was working for Green’s Fuel. He read about one of Nunan’s sales programs in a trade publication and determined Nunan could be a valuable salesman for Petrolane. Myers spoke with Nunan a couple of times in the early 1970s to see if he had an interest in joining Petrolane’s sales team.

“His perspective on the need for sales matched mine,” Myers explains. “He was a champion of salespeople, and sales is a difficult job in our industry because people in the industry in Nunan’s day, and even today, don’t hold sales in high regard.”

Eventually, Myers convinced Nunan to join him at Petrolane. Nunan created a national sales program for Petrolane to grow its gallons and sales through new business rather than acquisitions.

“It was a big task to keep direction on our sales team,” says Myers, a 2012 LP Gas Hall of Famer. “I know he always fought hard for the role of our salespeople.”

During his time at Petrolane, Nunan formed hundreds of sales programs. His efforts to advance Petrolane’s sales force paid off, as Myers believes all of his programs were successful.

“The impact of [the programs] made a major difference at Petrolane,” Myers says. “Tom was sure that at least half of the company’s growth came internally, not because there’s anything noble about it, but he knew it was more cost-effective.”

As Nunan advanced in his career at Petrolane, Quantum Chemical, then Suburban Propane’s parent company, purchased the California-based retailer in 1989. Despite the acquisition, Nunan remained with the company and became vice president of sales for Suburban.

Suburban Propane faced a number of big decisions between 1996 and 1997. It was during those years that the retailer went public on the stock market. Almost the entire management team changed, and Suburban made decisions regarding its involvement with NPGA and PERC.

Nunan and Alexander spearheaded many of those changes together. Alexander became CEO of Suburban Propane as these decisions were being made.

“When I started at Suburban Propane on Feb. 29, 1996, it was the same day the company went public,” Alexander says, offering perspective.

Nunan had a couple of decades of service to the propane industry at this point, so he supported and advised Alexander through the tough decisions.

“We embarked on a professional and personal partnership to turn Suburban Propane around,” Alexander says. “I would joke that together we had about 20 years of experience, Nunan having 40 years and me having none.”

In addition to Suburban Propane going public, Alexander decided to restructure its 17-member management team– with the exception of himself as CEO and Nunan as vice president of sales. Alexander says the company was “too top-heavy, overloaded with administration and almost inefficient with business” when he became CEO. These factors affected the company’s customer service.

“[Suburban Propane] did a poor job on customer service around 1996,” he says. “We had to rethink every aspect of how we did business.”

Alexander and Nunan also debated in 1996 whether it was wise for the master limited partnership (MLP) to be a part of NPGA and PERC. Alexander says he couldn’t see the value in either of the associations.

“I was not a fan of either group,” he says. “I was determined to leave NPGA and PERC. I didn’t think we were getting our money’s worth out of our dues in the association because I didn’t see their usefulness for us.”

Nunan, however, was a staunch supporter for Suburban Propane remaining involved with the organizations. He was convinced the company needed to play an active role in NPGA and PERC.

Nunan and Billie worked throughout that year to show Alexander the value of being part of a national industry association. As the three of them traveled to NPGA and PERC meetings, Alexander saw the value in keeping Suburban involved.

“I was a headstrong CEO and Nunan taught me patience and the value of NPGA and PERC,” he says. “Ferrellgas was not a member of NPGA at the time, and to have two majors walk away from the association like that wouldn’t have been healthy for the industry. For the industry’s sake, it was good we stayed involved.”

Alexander says it was ironic that although he was CEO of a multi-billion dollar company, Nunan acted more like his mentor.

Through Alexander’s first couple of years as CEO of Suburban, Nunan served as an example for him. Nunan also introduced Alexander to other leaders in the propane industry at the time, including Charlie Revere, Glenn Miller and Doug Auxier, who gave Alexander a variety of perspectives on industry leadership.

Alexander says it was through those industry relationships and Nunan’s guiding hand that he took the reins as Suburban’s CEO.

Committed to the community

Nunan retired from the propane industry in 1999. Because propane was Nunan’s life, Billie was worried about what he would do in retirement.

“He was always traveling for work and leading the propane industry, so he never cultivated any sports or hobbies while working,” she says. “I didn’t know what in the world he would do.”

However, Billie’s fears were proved wrong, as Nunan kept busy in retirement. Nunan focused his time on volunteer efforts in their Oceanside, Calif., community.

“He was very involved in any area he could help out,” she says. “I don’t think he celebrated his retirement but three days before he started all this volunteering. He worked as hard in retirement as he had in his business.”

Nunan didn’t forget the propane industry in his retirement, either. He continued as a consultant, and he and Billie attended industry shows and events up until his death in 2013.

“Tom was a joiner,” Myers adds. “[He] didn’t stay quiet or stay still very long. He was always promoting something. I think that’s why people liked him so much.”

What others say about Tom Nunan

“In an industry that isn’t and hasn’t been known for sales aggressiveness, Tom Nunan was one of the rare guys who actually saw the importance of acquiring customers and taking care of existing ones.” – Bob Myers

“Tom Nunan was a man with an indomitable spirit.” – Anonymous comment in his obituary

“Best man in the [propane] industry – the most honest, upfront man I knew.” – Anonymous comment in his obituary

“One of the comical things Tom Nunan and I always talked about was that Tom always wore a suit and tie. It was old school, but it fit him. He was a perfect gentleman.” – Mark Alexander

“Tom was a joiner who didn’t stay quiet or stay still very long. He was always promoting something. I think that’s why people liked him so much.” – Bob Myers

“Tom Nunan was the ultimate optimist with an infectious personality. He had a rousing optimistic view on life. He was a friend to all. Things were personal with him. You had a conversation with Tom Nunan, you felt like you were important. That’s why he was good at sales.” – Mark Alexander