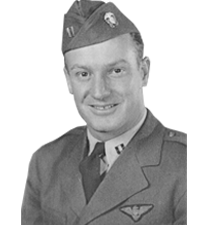 And now he can add another: LP Gas Hall of Famer.

The Cleveland-born Johnson skippered seaplanes in the Navy during World War II before completing his education in chemical engineering at Northwestern and settling into a petroleum industry career that spanned more than 50 years.

“He really typifies one of those guys from the Greatest Generation,” says Cliff Johnson, Walter’s son.

Walter Johnson worked in the refineries – as a process engineer for Pure Oil Co. (which became Union Oil Co.) and Mobil Oil Co., and as a chemical engineer for Standard Oil Co. of Indiana. He was involved in the production, storage and transportation of LP gas.

“I got to know LP gas pretty well through that, and then I joined the association,” Walter Johnson says.

In 1956, Johnson joined the Chicago-based Liquefied Petroleum Gas Association (LPGA), forerunner of the National Propane Gas Association (NPGA), and became vice president of technical services and the staff liaison to its Technology and Standards (T&S) Committee. He spent about 30 years as a member of the National Fire Protection Association’s (NFPA) 58 Committee on Liquefied Petroleum Gases, the industry benchmark for the safe storage, handling, transportation and use of propane. He also served on various American National Standards Institute committees.

While working with NFPA, Johnson became close friends with Wilbur Walls, then the fire protection association’s gas engineer. Add Emerson Thomas, who authored the original NFPA 58 standard, and “that triumvirate were the experts on LP gas at the time,” says Dan Myers, who spent 25 years with NPGA as general counsel and CEO.

Johnson and Walls co-authored the first edition of the NFPA handbook, based on the 1986 edition of NFPA 58. The handbook explained and interpreted the standard, and it is still published today.

“The T&S Committee spent a lot of time on what is meant by the standards,” Myers says. “Members would discuss different standards and how they were applied in [industry] situations. Out of the course of those discussions, somebody said, ‘Wouldn’t it be nice if we had a handbook to explain the application of the standard in these situations?’”

When asked about the handbook, Johnson says, “It wasn’t only me,” and credits Walls and Thomas for doing “a lot of that work.”
“It was a quick look at everything right there,” Johnson adds of the handbook. “It came through the board. The three of us were told to put this together, and we did.”

The handbook serves as an important industry tool, Myers says, because it prevents someone from misinterpreting or sidestepping the standard.

“It’s a fine line you have to walk [with the handbook] because you’re not trying to write new standards. You’re trying to interpret and explain what is meant by the standard,” he says. “It’s a testament to the good job Walt did in writing it because there’s been no criticism.”

Johnson also was known for a series of articles, related to safety and based on the standard, published in the membership magazine LPGA Times. The articles evolved in the 1950s into a safety handbook for the association, and many industry safety bulletins originated from them.

The articles coincided with the industry’s growth following World War II. GIs returning from the war were launching careers, building businesses and selling appliances, and Johnson’s writings were based on past accidents and lessons learned, Myers recalls.

The articles also preceded a safety subcommittee that Johnson created and convened following the T&S Committee meetings. It became the safety committee in the 1960s and existed until about 2000, when it was disbanded and reconnected to what is known today as the NPGA Technology, Standards & Safety Committee.

“Many of the practices and activities in the technology, standard and safety areas observed in the industry today were started to a great extent by Walt Johnson,” Myers says.

As the association’s new legal counsel and director of regulatory affairs in 1977, Myers first met Johnson at a staff conference in Chicago. Johnson was the first person to greet Myers at a reception.

“We struck up a friendship that evening,” Myers says. “He bent my ear.”

Myers chuckles when he recalls their conversation about the installation of sediment traps for gas appliances. The furor then was about who should install that part of the system.

“Walt wanted to get my viewpoint, but I didn’t know a sediment trap from a hole in the wall,” Myers says. “It did give me a good introduction into Walt Johnson, and I came to appreciate that night and thereafter his depth of knowledge and passion for the industry.”

Based on his years of experience studying and working with the LP gas standard, Johnson was sometimes called on to provide expert testimony in a case. He provided association testimony to the National Transportation Safety Board about five years after a well-documented 1973 explosion of a railroad tank car during a propane transfer in Kingman, Ariz. The hearing focused on tank car improvements following the deadly explosion in Arizona and another in 1978 in Waverly, Tenn.

Following his retirement in 1985, Johnson continued to offer testimony in litigation and government hearings on fuel gas systems.

“What he really liked about the job was he would get the requests and questions from association members, and it was always something different,” Cliff Johnson says. “That’s what made the job great for him – answering inquiries from members from all over the U.S.”

Johnson is an NPGA Distinguished Service Award winner. He resides in Florida with his wife, Cecilia, his high school sweetheart, and is an avid golfer.

“A true gentleman,” Myers says. “He epitomizes gentlemen of the old school – polite to a fault. He’s one of the most humble men I’ve ever known. He’s extraordinarily well-studied, educated, versed in engineering and in the propane industry.”