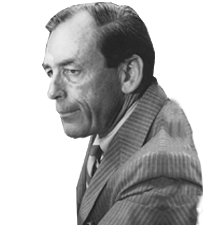 The year was 1973, and the nation was dangerously on edge.

The United States had shown confidence in the flowing tap of imported petroleum products to power the country’s energy needs. But when tensions in the Middle East intensified and war broke out, with the United States caught in the middle, the tap turned off and the situation turned sour.

A conflict between U.S.-backed Israel and Arab countries led the 10-member Organization of Arab Petroleum Exporting Countries, including Egypt and Syria, to impose an oil embargo on the United States that lasted about six months.

Propane industry regulations weren’t exactly new. They began in 1971 amid rising prices, and the controls evolved with the changing personnel and agencies exercising regulatory authority. Prices soared again in 1973 as nontraditional users turned to propane as a feedstock when other products were in short supply.

“A great fear at the time was large users like petrochemical companies buying up propane to use it for other purposes and it wouldn’t get to farmers and homeowners,” says Dan Myers, who spent 25 years with the National Propane Gas Association (NPGA) as general counsel and CEO, and later wrote a white paper on propane decontrol.

Propane was the first industry to face restrictions and rules based on concerns that traditional users wouldn’t have ample supply. Propane retailers generally supported allocation because it did protect their supply and customer accounts. The price regulations were another matter, for they restricted the amount retailers could charge to their customers even as business costs were rising.

“It was a stagnant, terrible time for the energy business,” recalls Charles Sawyer, then owner of propane retailer Sawyergas.

The propane industry needed a respected voice, someone to communicate the industry’s challenges to the federal government, as hundreds of businesses were teetering on the brink of elimination. William C. Hill was that person.

The National LP-Gas Association, forerunner to the NPGA, did not represent every state, so it created the National Committee on Propane Allocation and Price Regulations. The committee was composed of representatives from every state and industry segment, and Hill, then CEO and chairman of Maryland-based Pargas, became its leader.

“The committee was to document how costs were going up and say to the federal government, ‘Look, retailers are having these increases in their expenses; they need to be given cost pass-throughs to cover them,’” Myers says.

A leader is born

To discuss the regulations, the government’s energy department convened a meeting in Washington, D.C., bringing together executives from major propane and oil companies. All of them were jockeying for position in his company’s best interest.

Hill asked Daryl McClendon, who became a vice president for Pargas, to accompany him to the meeting. McClendon recalls the sprawling office and conference table “that seemed to go on for a football field,” seating about 30 people, in addition to the many chairs set up around the room’s perimeter.

“Hill sits and listens to all of this; he didn’t say much,” McClendon says. “There’s whispering going on between key executives and lawyers behind him. After about 40 minutes, Hill takes the floor and sums up the positions of the oil and propane companies. He set a whole different tone for the meeting in that we better start cooperating with the government and make sure the government comes up with a fair plan that is not going to be harmful to any of us or self-serving to each of us.”

McClendon says Hill’s speech lasted only two to three minutes, but it completely quieted the room. Executives from the propane and oil companies knew then Hill was their man.

“Bill Hill became the spokesperson who met with government officials and protected the industry’s interests – and often even for the oil companies,” McClendon says. “Many of them would turn to him as well. It wasn’t quite an adversarial relationship between oil and propane.”

Propane didn’t consume Hill’s past. In fact, the Alabama native known for his charm and charisma went to law school and was hired by prominent Washington, D.C., firm Steptoe & Johnson in 1949. He became a partner in 1956, specializing in tax matters.

Meanwhile, C.J. McAllister was leading Pargas’ growth in the 1960s. The company president relied on Steptoe & Johnson – and Hill – to help with acquisitions.

“C.J. had the checkbook and Bill had the brain power,” McClendon says. “They went along the Eastern Seaboard buying up companies. Hill was there to provide the seller with tax structure, advice, everything. They made quite a team.”

After a 16-year career with Steptoe & Johnson, Hill joined Pargas as executive vice president in 1965, became president in 1967 and chairman of the board two years later. McClendon says Hill “became kind of a star within that company” pertaining to financial, legal and strategic matters.

“Once McAllister wooed him to work for Pargas, Bill really enjoyed the industry and the people,” McClendon says. “These were downhome folks, easy to know. With his roots in Alabama, he was a downhome kind of guy. It really fit him and his personality.”

Hill hired Al Anton as Pargas’ president, and the company grew to become a national retailer, joining the likes of Petrolane and Suburban Propane. Part of that success was due to Hill’s ability to surround himself with talented people to run the company while he focused on the big picture – “a sign of a great CEO,” Sawyer says.

The National Committee on Propane Allocation and Price Regulations existed from 1974-79, before the controls were finally lifted. Hill was the group’s only chairman, working to make a difference for the propane industry.

“It’s hard to conceive this in today’s world, but we would go to Washington trying to get a 1-cent increase in our margins,” says Sawyer, who served on the committee with Hill and the two became friends.

“We were successful in getting penny margins in the beginning, and later dealers were able to increase prices and margins if they could prove the need for additional margins based on individual financial statements,” Sawyer adds. “It was absolutely the result of the meetings and Bill’s leadership.”

Hill has been called the right person at the right time for the right job. He could sit down with the heads of federal agencies and match wits with anyone. The propane industry knew him well, respected him, and he in turn treated everyone in the industry with the same respect.

A former NPGA Distinguished Service Award winner active in the association, Hill died of cancer in 1979 at the age of 55. Pargas was sold to Suburban Propane in 1985.

“There was no better leader,” Myers says. “The industry would have been lost were it not for Bill Hill at that point in time.”